We are at same place where we were 10 days ago, says Sourav 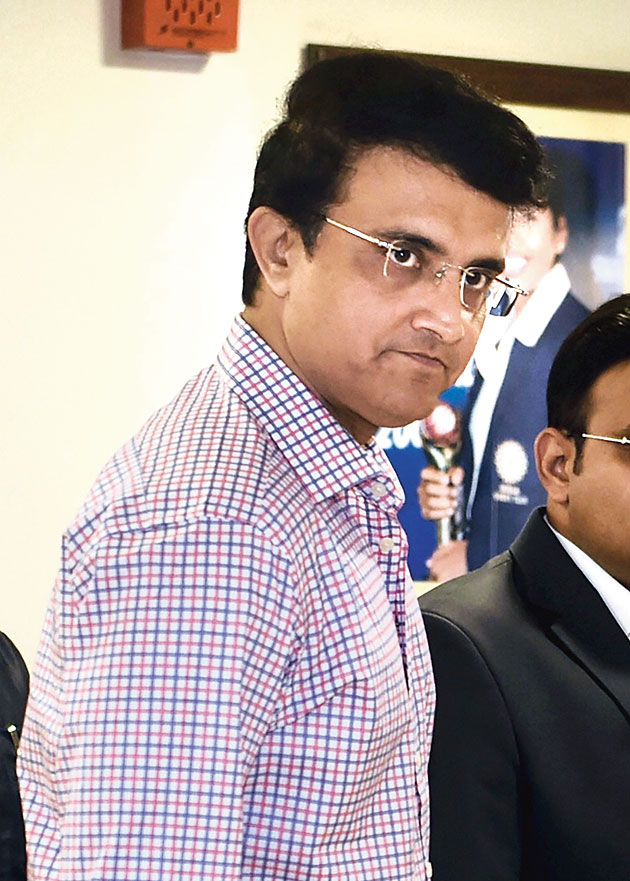 The BCCI may not admit it but it has virtually dawned on the franchises that the IPL will be a non-starter this season. The postponement of the Tokyo Olympics will also put pressure on the BCCI to call off the event.

“It’s only a matter of time before the IPL is called off. The situation is only taking a turn for the worse now. Even if there is no further deterioration of the pandemic, it will be virtually impossible for the BCCI to host an event in the next couple of months,” said the franchise official.

“The whole country is in lockdown. People’s lives are involved and you cannot be playing cricket. We are not even thinking about IPL. Survival is most important,” the franchise owner remarked late in the evening.

The BCCI is aware that it’s difficult to find another slot for the IPL given the already cramped International Cricket Council’s Future Tours Programme. Besides the bilateral series, there’s also the franchisee leagues in different parts of the world.

Not just the non-feasibility of hosting the tournament, the BCCI knows that it will be virtually impossible to have the overseas players at this point in time.

“It would be extremely difficult for the foreign players to get clearance. Before today’s postponement, Australia’s Olympic federation officially announced it would skip the Games unless it was rescheduled. In the circumstances, it would be surprising if the Australians, the biggest foreign contingent in the IPL, are allowed to travel,” said the franchise official.

The BCCI is also not certain if they will be compensated by the insurance companies once the IPL is called off. “We haven’t assessed all these things. We’ll have to sit down and talk,” Ganguly said.

The 13th edition of the Indian Premier League is almost certain to be formally called off this week itself after Prime Minister Narendra Modi ordered a “complete lockdown” in the country for three weeks beginning midnight on Tuesday.

None in the Board of Control for Cricket in India (BCCI) was willing to go on record but a top-ranked franchise official said they wanted to “wait for the outcome of the Prime Minister’s address to the nation” before arriving at a decision.

That was one of the main reasons behind calling off the conference call between the BCCI mandarins and the IPL franchises on Tuesday afternoon. The official reason cited was that they wanted to wait for a few more days.

Besides BCCI president Sourav Ganguly, secretary Jay Shah and IPL chairman Brijesh Patel were among others scheduled to take part in the conference call.

The BCCI had earlier decided to “suspend” the cash-rich league till April 15 following the outbreak of the Covid-19 pandemic.

Ganguly told The Telegraph that he doesn’t know how things will pan out.

“I don’t know. We will have to wait and see how things pan out. I can’t say anything at the moment.

“Frankly, we are at the same place where we were 10 days ago. It’s a very difficult situation and there’s nothing you can do about it,” the Board chief said.

“The wellbeing of the people is most important and you have to work towards that.”