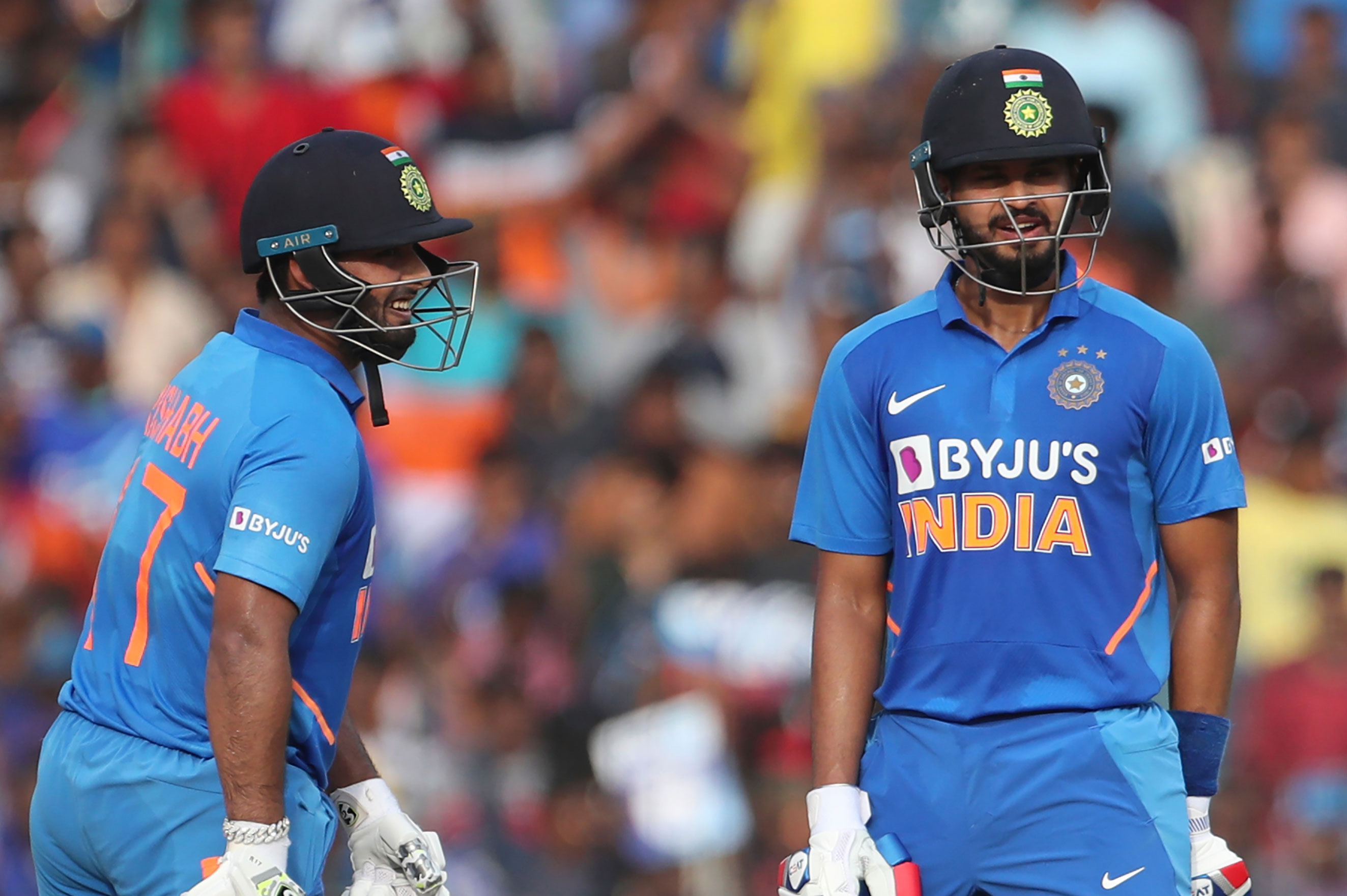 The failure of India’s top three was one of the reasons for their defeat in the first ODI versus the West Indies in Chennai on Sunday.

But at the same time, Shreyas Iyer and Rishabh Pant, coming in at No. 4 and 5, respectively pulled India out of the woods and laid the platform for a competitive total that drew applause from captain Virat Kohli.

Even the skipper could manage only four runs on the MA Chidambaram Stadium pitch where batting didn’t look to be too easy at the initial stages. His deputy Rohit Sharma too couldn’t score freely.

In this regard, scores of 70 and 71 by Iyer and Pant were certainly commendable as it was their contributions that helped India reach 287/8.

The failure of India’s No. 4 was considered one of the prime reasons for India’s failure in the World Cup. India had experimented with Vijay Shankar and Dinesh Karthik as No. 4 in the World Cup but none managed to come good.

Iyer was tried as No. 4 post the World Cup and he has delivered. Only recently former India captain and head coach Anil Kumble said Iyer had the “quality and stature” to bat at No. 4.

“I think Rohit and myself not clicking gave an opportunity to the two youngsters to stitch together a partnership. They played very smartly on a slow pitch. Kudos to them…

“That both Iyer and Pant clicked is a very good sign for us,” Kohli said after India’s eight-wicket loss.

While praising the Windies centurions Shimron Hetmyer and Shai Hope for their match-winning knocks, Kohli also felt that the wicket behaved differently when the lights were on.

“We thought six bowling options would be good enough, especially with the pitch being slow and Kedar (Jadhav) as an option (for an extra bowler). But it played differently under lights.

“I also think the West Indies batted really well, and you can’t take that out of the equation. Hetmyer was outstanding and Shai as well…

“At the same time, the ball wasn’t holding enough for the fast bowlers,” Kohli added.

Kohli may be right with his assessment of the conditions in Chennai, but one must give it to Hetmyer for his amazing counter-attack and unleashing the big strokes whenever his team needed them.

Hope, at the other end, wasn’t at his fluent best. But Hetmyer’s aggression and fearless batting helped him get back some much-needed composure.

“Don’t know how he did it… Made batting look easy,” Hope said of Hetmyer.

Together, Hope and Hetmyer put on a 218-run stand for the second wicket as the West Indies won comfortably.

The Windies, meanwhile, have been docked 80 per cent of their match fees for maintaining a slow over-rate in the first ODI. ICC match referee David Boon imposed the fine as the visitors were ruled to be four overs short of their target after time allowances were taken into consideration.