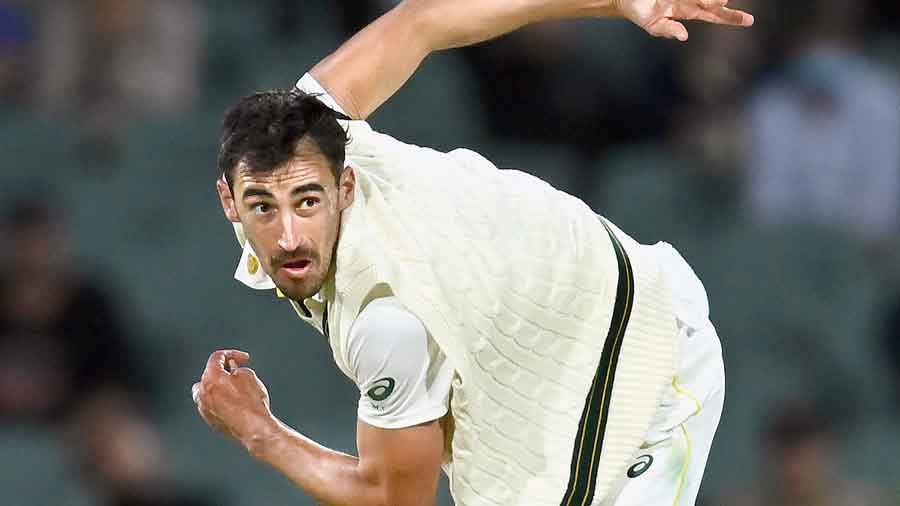 The image of Joe Root collapsing on the Adelaide turf on Sunday, grimacing in pain after a 142kmph missile from Mitchell Starc hit his abdomen, kind of summed up England’s status in the ongoing Test and the Ashes series overall.

An over later, Starc, who must scarred an under-pressure Root mentally as well, removed the England captain caught behind with what turned out to be the last ball of Day IV of the day-night Test to put Australia firmly on course for victory in the second Ashes Test.

Australia declared their second innings on 230/9 before the tea break, setting England an improbable victory target of 468. The visitors were tottering at 82/4 at stumps.

Unless Ben Stokes, who was batting on 3, can conjure up some last-day magic and the others left in the English batting line-up show dogged resistance before their arch-rivals, Australia look all set to take a 2-0 lead in five-match series. England are still 386 short of their target but it’s more about survival on the final day in Adelaide.

Stokes temporarily took over England captaincy during the day as Root had a hospital scan after being hit in the abdomen during Sunday’s warm-up and he limped off the field following his dismissal to complete a depressing day for his team.

“Root is a huge wicket, he is in fantastic form,” Australia vice-captain Travis Head said. “I have a lot of sympathy for him. Starc on that line is never pretty and unfortunately with the day he (Root) has had, it wasn’t a great time to get hit.”

Earlier, Marnus Labuschagne followed his first innings century with a fifty and Head made 51 as Australia declared half an hour before the tea break.