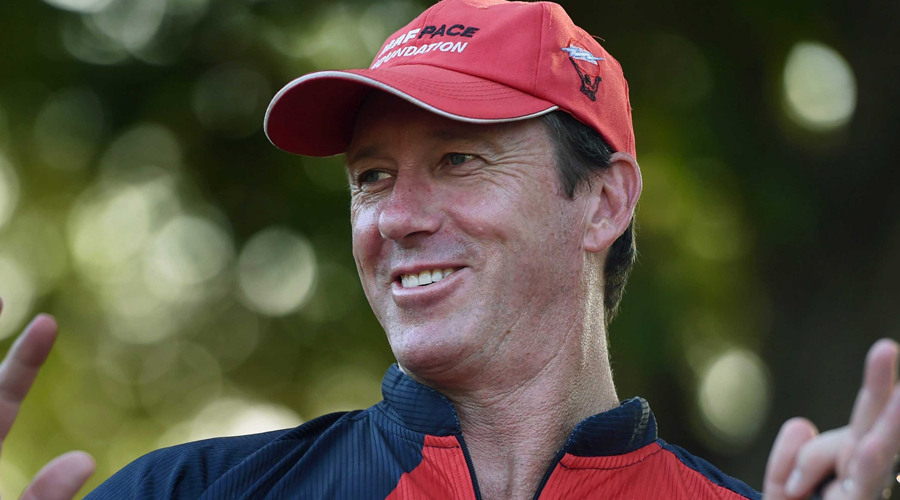 Chuck the bromance and show aggression on the field, that’s what Glenn McGrath wants from England in the remaining matches of the ongoing Ashes series.

The Australian fast-bowling great doesn’t like rival players being over-friendly on the field, but understands that this practice is a result of many of the cricketers playing together in franchise leagues around the world.

“It can be a little bit too nice sometimes. That’s the way everything’s going, isn’t it? There’s a lot of political correctness. People are a bit nervous about being aggressive and playing hard,” McGrath was quoted as saying by Sydney Morning Herald. “I remember, when Nasser Hussain came out here with England, they weren’t even allowed to talk to us or say ‘G’day’.”

Though England are 0-2 down in the ongoing Ashes, their players have been seen happily chatting with the Australian payers. “It’s all about body language. How much does it mean, representing your country? England have to go back to the drawing board and have a real good think about this.

“With the IPL and the Big Bash, these players know one another well. You see batsmen and bowlers joking around. I’d like to see some emotion out in the middle,” McGrath said.

The 51-year-old wants England to unleash speedster Mark Wood on the hosts. “I’d love there to be more of a battle… If you’ve got someone (Wood) bowling over 150km/h, you want to play him as often as you can… Any bowler with that speed is a rarity. Look at what Jofra Archer did to Australia in 2019… All we want is to see a battle that’s close.”