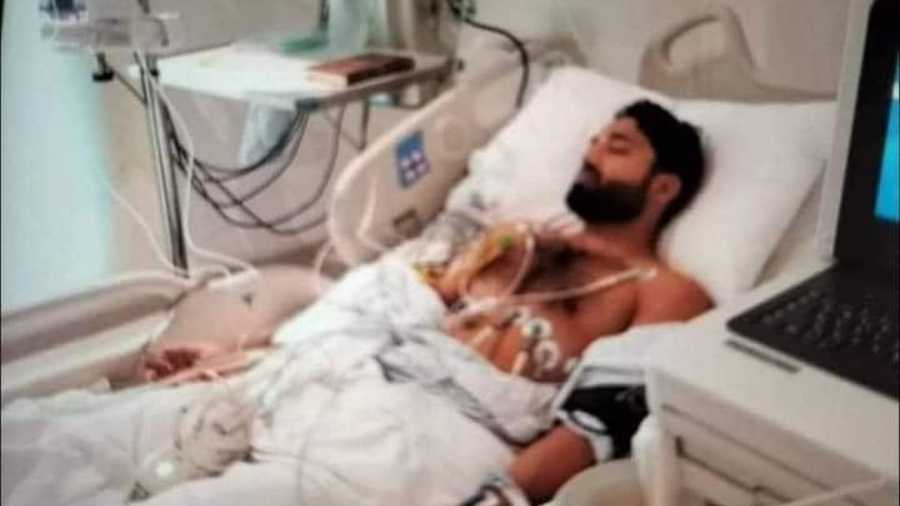 Pakistan opener Mohammad Rizwan spent two nights in the Intensive Care Unit (ICU) of a hospital in Dubai, battling severe chest infection but insisted on playing in the T20 World Cup semifinal against Australia, eventually top-scoring for the team in a lost cause.

Pakistan team doctor Najeeb Somroo revealed these details in the post-match press conference after the side's ouster from the mega-event.

Just before the semifinal on Thursday, batting consultant Matthew Hayden had simply said that the wicketkeeper-batter was hospitalised without mentioning that Rizwan was admitted to the ICU.

"Mohammad Rizwan developed a severe chest infection on 9th of November after which he was admitted to the hospital. He spent two nights in the ICU recovering. He made an incredible recovery and was deemed fit before the match," Somroo said.

"We can see his great determination and tenacity that shows his spirit of performing for the country. And we can see how he performed today."

Captain Babar Azam said it was Rizwan who wanted to play in the semifinal.

"When I saw him, he was a little bit down, but when I asked him about his health he said, 'no, I will play'. Definitely he's a team man. The way he played today, it was exceptional.

"And the way he played today he showed that he's a team man. And I am very confident about his attitude and his performance."

The in-form Rizwan struck 67 off 52 balls in Pakistan's total of 176 for 4 after they were asked to bat by Australia. The Australians chased down the target with one over to spare in a sensational fashion.

The team doctor said that Rizwan's hospitalisation and admission to the ICU was kept a secret by the team management.

"The decision regarding and around his health was made by the whole team management. And this was regarding the morale of the whole team. And therefore we kept it within the team," he said.

Before the semifinal match, Hayden had said that Rizwan was hospitalised for a night due to a "lung condition".

"Mohammad Rizwan was in hospital a night ago suffering with some sort of lung condition. This is a warrior. He's been brilliant through the campaign and he has great courage," Hayden had said.