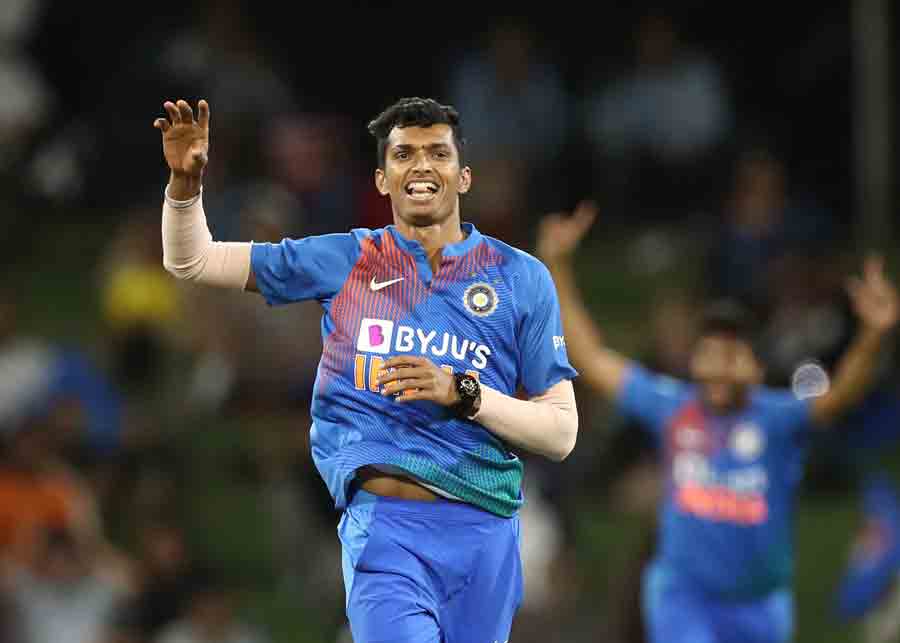 Off spinner Jayant Yadav and pacer Navdeep Saini have been added to India’s ODI squad for the three-match series in South Africa, starting on January 19 in Paarl. The five-member selection panel, headed by Chetan Sharma, decided on the replacements on Wednesday.

While Jayant has been named as replacement for Washington Sundar, who recently tested positive for Covid-19, Saini comes in as a “back-up” for Mohammed Siraj, who is recovering from the hamstring injury he had picked up in the second Test against South Africa.

Both Jayant and Saini are already part of the Indian contingent in South Africa. Jayant has been a part of the Test squad, though he hasn’t featured in the XI yet.

Saini, on the other hand, has been in South Africa since November last year, first as part of the India A contingent and then as a reserve in the Test squad.

Jayant has played five Tests and just one ODI, against New Zealand in Visakhapatnam in October 2016, which was his international debut. He returned 1/8 in four overs as India won by 190 runs. Saini has played eight ODIs, with six wickets at an average of 80.16.

Saini last played an ODI against Sri Lanka in July 2021, and has had some valuable experience of the South African conditions, having recently picked up 11 wickets in the three four-day first-class matches against South Africa A.

Washington returned a positive Covid-19 test last week while training at the National Cricket Academy in Bangalore with the rest of the players who were scheduled to go to South Africa for the ODI series — Shikhar Dhawan, Ishan Kishan, Ruturaj Gaikwad, Suryakumar Yadav, Yuzvendra Chahal, Venkatesh Iyer, Bhuvneshwar Kumar and Prasidh Krishna.

The rest of the players left for South Africa in the early hours of Wednesday.

Siraj played both the first and second Tests in South Africa, picking up three wickets in the first in Centurion as India won by 113 runs, but could bowl only 15.5 overs across two innings in the second in Johannesburg after picking up what captain Virat Kohli said was a “hamstring niggle” in South Africa’s first innings.