‘You can’t win the World Cup with just one or two players performing. Each and every individual has to deliver’ 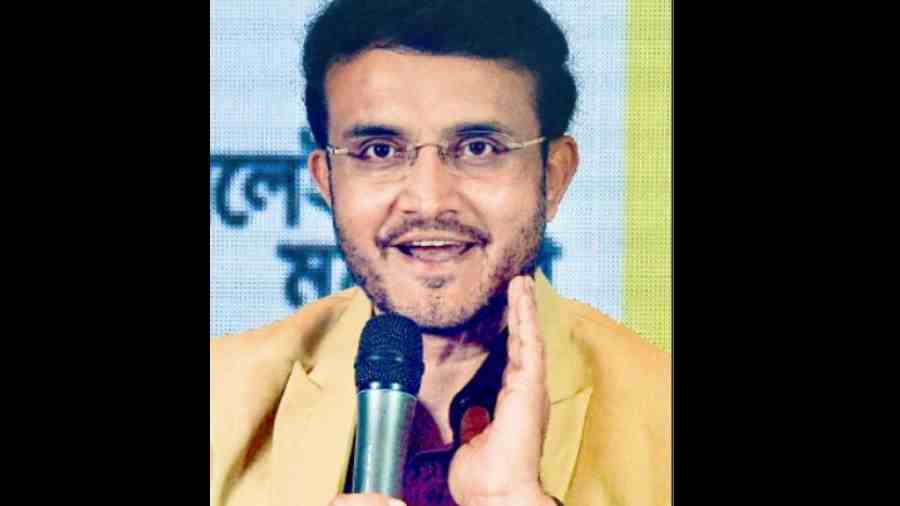 Play as a unit — that’s the message BCCI president Sourav Ganguly wants to convey to India captain Rohit Sharma and his teammates for the upcoming T20 World Cup in Australia.

While being hopeful that Virat Kohli will be at his best in the showpiece event, Sourav, speaking on the sidelines of a promotional at a city hotel on Thursday, said: “Virat is a very important part of the team. It was good to see how he batted in the Asia Cup.

“But if India are to do well in the World Cup, everyone has to perform. Kohli, Rohit, (KL) Rahul, (Hardik) Pandya, Suryakumar (Yadav) and even the bowling unit have to do their bit.

“You can’t win the World Cup with just one or two players performing. Each and every individual has to deliver.”

India have lost three of their last four T20Is with the lone win coming in an inconsequential Asia Cup game against Afghanistan.

The bowling attack has also come under fire. But Sourav trusts the team to pull itself up and get back to winning consistently.

“Winning and losing is part of the game. India may have lost a few matches lately, but if you have a look at Rohit Sharma’s win percentage, it’s almost 82 per cent in T20 cricket. He has lost very few matches as captain.

“I’m sure Rahul Dravid and Rohit will be concerned about the team. I will be there (at the ground) in Nagpur (for the second T20I versus Australia on Friday). Hopefully, India will win,” the former captain stated.

“I’m not really worried about one or two losses. Yes, you can say they didn’t do well in last year’s T 2 0 Wo rld Cup and then in the Asia Cup this year. But there have been discussions with the captain and the coach about the team not being able to perform in the two big events. So I hope they’ll do better this time.

“They’ll be reaching Australia almost two to two-anda-half weeks before the World Cup. They will train and practise in Perth and play some practice matches amongst themselves and a few warmup games,” Sourav added.

Effusive in his praise for Jhulan Goswami, who will possibly be making her final international appearance when India Women face England in the third ODI at Lord’s on Saturday, Sourav termed the pacer “a role model”.

“Jhulan is an absolute legend and a champion. I’m very happy for her. She’s almost 40 and has had a fantastic career.

“If I had wanted my daughter to play cricket — which she does not, unfortunately — and she had a career like Jhulan, it would have been unbelievable,” Sourav said.

“Every sportsman’s life comes to an end. You will see the greatest ever Roger Federer’s career coming to an end because that’s the way sport is.

“But what Jhulan will leave as a mark in women’s cricket will be for everyone to emulate.

IPL goes back to home-away format