Gill to take guard as ‘voice’ of newcomers 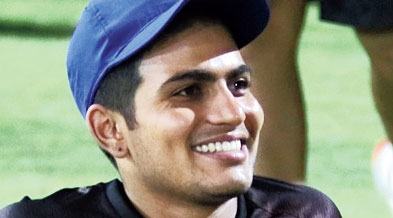 Young, but not short on experience — that’s how Shubman Gill, who is in his third season for the Kolkata Knight Riders, can be best described.

And that is probably why the talented right-handed batsman has found a place in the Knight Riders’ leadership group within the team, as formed by head coach Brendon McCullum.

Never one to shy away from challenges, Shubman is ready to take guard in his new role.

“Obviously, the coach’s words are very encouraging and motivating. But at the same time, I think it will also be an added responsibility for me to be a part of the leadership group this season.

“I think my responsibility will be to be the voice of the people who are new this season,” Shubman told The Telegraph on Thursday.

And if it is about leadership, the 21-year-old will have a World Cup-winning captain as his teammate to learn from. England’s white-ball skipper Eoin Morgan will play for the Knight Riders this time and Shubman hopes to learn a thing or two from him.

“Eoin has been leading England for a long time and is a fantastic captain. I would really like to find out how he sees through things, especially in a game situation… How he reacts to different situations and his soft skills. For me, it will be really interesting to note those finer points,” Gill stated. 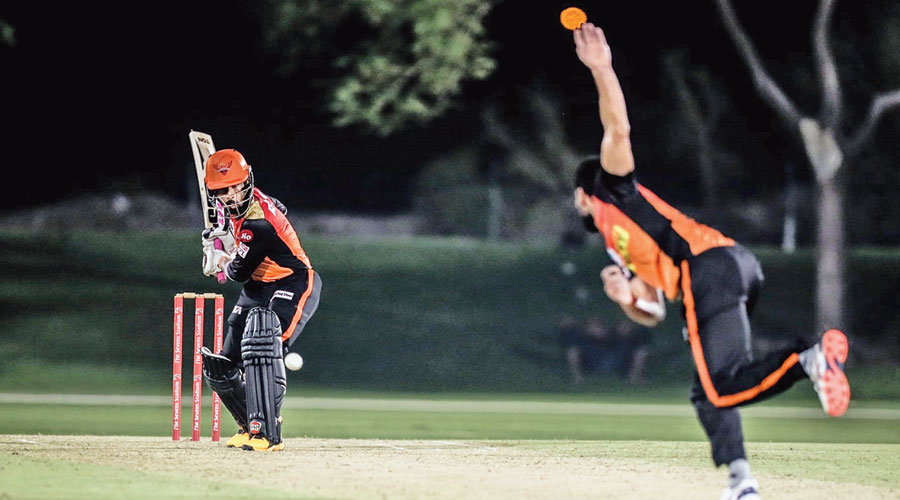 Wriddhiman Saha at the crease during a practice match of Sunrisers Hyderabad on Thursday.
Pictures courtesy: Twitter/@SunRisers

The youngster comes across as someone with a positive mindset and that helped him ride through the challenging times of lockdown as well. The past few months of inaction, says Shubman, gave him some time to reflect on his game and work on certain aspects of it.

“The last few months have been good for me. I had the chance to work on certain aspects of my game. I didn’t get the time for it earlier... there was so much game stress.

“So the break was indeed very helpful for me because there were a lot of physical aspects of the game that I wanted to get better at. And I did.”

Shubman has had no issues even with life in the bio-bubble in the UAE so far. Neither does he seem too bothered with playing before empty stands.

“I see it as our responsibility to be in the bio-bubble because that’s what the need of the hour is. As for empty stands, when we started playing cricket, we all have faced such scenarios. If you play Ranji Trophy matches or any other match in our domestic cricket, you don’t get to see crowds there. So I don’t think it’s going to be an issue,” he pointed out.

And what about the slow wickets in the UAE? “ I think the wickets during matches will be similar to the ones we are practising on… So all’s well, we will adapt accordingly,” he replied.