The way he paced his innings, it never really seemed the Irani Cup in February 2019 was the last time he had played a red-ball game 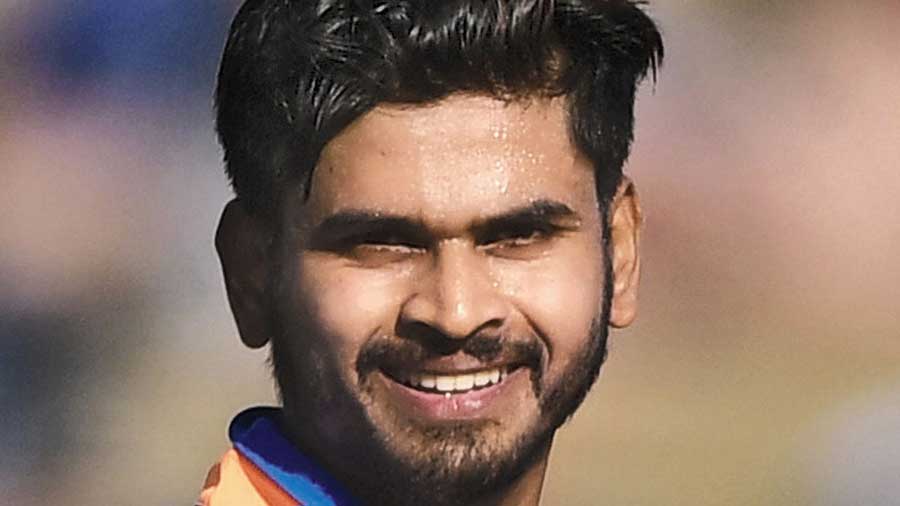 He received his Test cap from Sunil Gavaskar and then ensured he made a mark on his debut in the longest format. Shreyas Iyer will remember his first day in Test cricket for a long time.

The khadoos (stubborn) batting, a part of the culture and ethos of Mumbai cricket, was in display as Shreyas remained unbeaten on 75 at the close of play on Day I of the first Test versus New Zealand in Kanpur.

Of course, batting didn’t look to be too tough on the Green Park wicket, but what stands out is how Shreyas braved the situation, which could have otherwise made things slippery for India.

“Shreyas has grown in terms of his maturity and temperament, which he showed right through, starting from his partnership with Ajinkya (Rahane) and then with Ravindra Jadeja. His contribution in the two partnerships has taken us to a respectable total,” Pravin Amre, who had spotted a 12-year-old Shreyas at the Shivaji Park Gymkhana in Mumbai, told The Telegraph on Thursday.

The way he paced his innings, it never really seemed the Irani Cup in February 2019 was the last time Shreyas had played a red-ball game. “He was there in the Indian Test squad in 2017 also (for the fourth and final Test versus Australia in Dharamsala),” Amre added.

“Besides, going into this Test, he has scored more than 4,500 (first-class) runs with a 52-plus average. He was ready for the biggest stage.”

Such a Test debut, though, may not have been possible if Shreyas wasn’t careful enough regarding his workload after the shoulder injury he had sustained during the home ODIs versus England back in March.

“That period was new to him as he had never been through such a phase.

“He was a boy who was always at the ground, and he just didn’t know what to do for some two months or so. He was so dejected,” Amre recalled. “So we focused on his lower body. He worked on his legs, and then we started our programming with the advice of the physios and doctors. He started with his preparations just two months before the start of this year’s IPL’s second phase.”