Series could show the way: Sourav 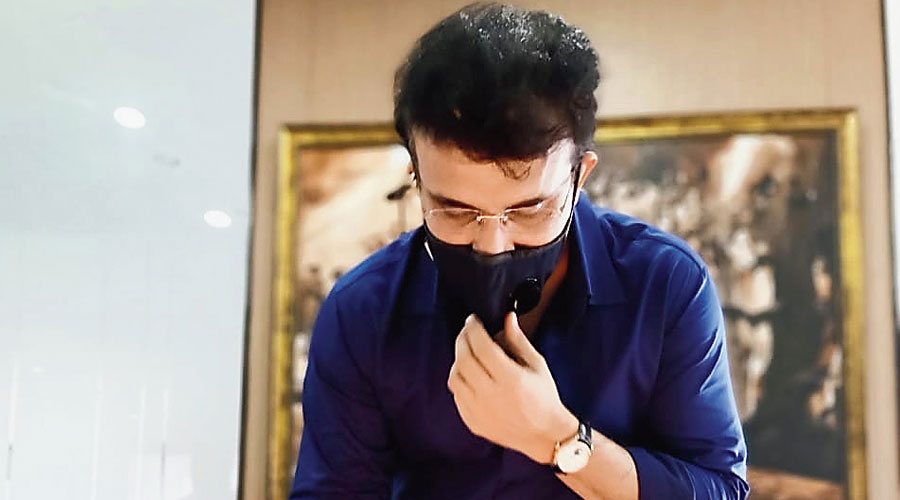 Sourav Ganguly had a busy schedule on his birthday but did make some time to speak to The Telegraph on Wednesday evening.

The Telegraph: You turned 48 on Wednesday. Any birthday wish?

Sourav Ganguly: Nothing special. Actually I am too old for wishes... And this is also not the time for such things. We need things to return to normality.

How did you celebrate?

It was obviously a lot different. Not much to celebrate too.

You faced a lot of challenges during your playing days. As BCCI president too things haven’t been smooth. The lockdown, the Supreme Court impasse on the cooling off period...

This is not in my control. The rule applies to everyone. You can’t do anything about it. No point worrying when things are not in your hand.

You took charge as BCCI president in October. Do you think you have been able to fulfil promises?

It’s hard to say. How can you judge when four months have been lost due to lockdown? Everything is closed since end of March. We’ve been left with no work and there’s been no progress.

Will the BCCI move the Supreme Court with an urgent application?

No. We’ve already submitted an application and it’s up to the apex court to now consider the case.

There’s already talk about BCCI recommending your name for the ICC chairman’s post. Your views…

We’ve not decided anything. It’s too early to say. We will think about it when the time comes.

Would you consider Colin Graves as the favourite?

No idea... The ICC election is an entirely different thing. You can’t say someone is the favourite in advance. It all depends on what the board members decide on the given day. Let the ICC first come out with the election procedure.

Shashank Manohar has resigned as ICC chairman. Several BCCI members have been vocal in his criticism. Your thoughts?

No comments. No controversies please.

When is the IPL likely to take place?

We obviously want to have it. We want it to happen because life needs to be back to normal but we have to wait for a decision from the ICC regarding the T20 World Cup.

You have been part of ICC meetings. Isn’t the postponement of the T20 World Cup a formality?

It’s the ICC’s call. They still want to host it and a lot of talk is still on. There’s a lot at stake. Unless the ICC announces postponement, it will be difficult to find a slot.

What about the Asia Cup?

That is not happening this year. It will be held in 2021.

The England-West Indies Test series is finally on...

Good to see some live action. Everyone is eagerly awaiting its success because that could turn out to be the yardstick for all.

Test cricket is happening in a bio-secure environment in England with teams kept in a hotel adjacent to the stadium. Can we have such facilities in India?

A home series is quite sometime away. Yes, we don’t have such arrangements in India but alternatives can always be worked upon.