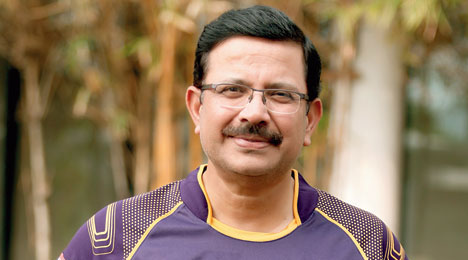 Nothing has been said officially yet by the Board of Control for Cricket in India (BCCI) yet, but Kolkata Knight Riders CEO Venky Mysore has claimed that authorities in Abu Dhabi have agreed to shorten the stipulated quarantine period for incoming players to the emirate from 14 to six days.

If that is so, the trio ofEoin Morgan, Tom Banton and Pat Cummins, who are currently engaged in a limited-overs series in England, might be available for the Knight Riders’ IPL 2020 opener on September 23.

Mysore has been quoted by ESPNcricinfo as saying that negotiations are on to further shorten the quarantine. “While they are still negotiating with the authorities, we are reconciled to the fact that we may have to quarantine our three players. They arrive on September 17, but our first game is on September 23, by which time they would’ve finished their (six-day) quarantine,” Mysore said.

While Abu Dhabi currently has a mandatory 14-day quarantine norm, there is no such requirement in Dubai unless someone tests positive for Covid-19 on arrival.

Knight Riders and Mumbai Indians are the only teams which are Abu Dhabi-based, but unlike the former, the latter has no players coming in from the England-Australia limited-overs series.