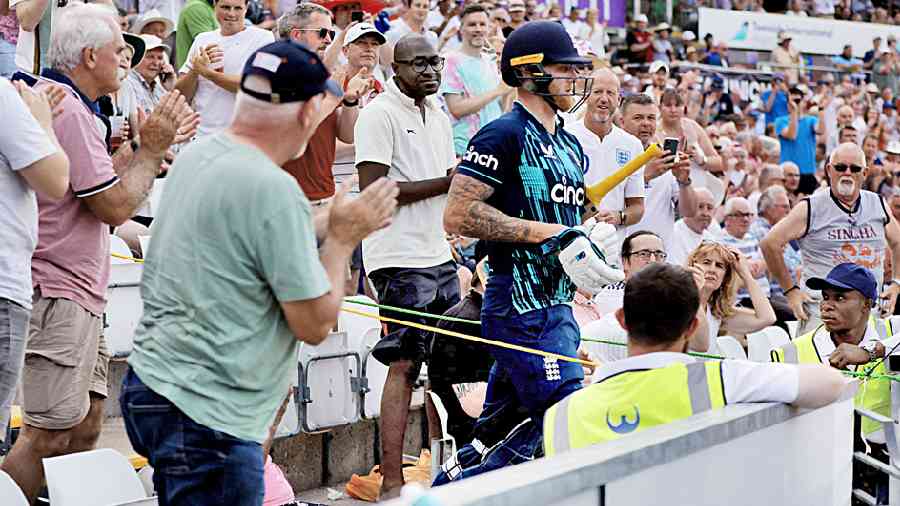 Stokes announced his shock retirement from oneday Internationals on Monday saying playing all three formats of the game had become “unsustainable” for him.

He elaborated further on his decision ahead of his 105th and final ODI which South Africa won by 62 runs.

“We are not cars,” he told BBC Test Match Special. “You can’t just fill us up and we’ll go out there and be ready to be fuelled up again. “We had a Test series and then the one-day team had a series going on at the same time ---that was a bit silly.”

Stokes, who took over as England’s Test captain in April, has battled injuries in recent times and also took a break last year to focus on his mental well-being. “I just feel like there is too much cricket rammed in for people to play all three formats now. It is a lot harder than it used to be,” he said.

Stokes was nowhere near his best with the ball in his final ODI on Tuesday. His performance merely validated Stokes’s thoughts on an overdose of cricket.  In reply to South Africa’s 333 for five, England managed 271. Joe Root made 86. It was also evident that Stokes was struggling at The Oval against India in the first ODI. “I had a quick chat with Jos (Buttler) after the game,” Stokes said.

“I said if the game was in a different situation I would’ve carried on bowling. “We had a little five minutes together and he said, ‘You don’t owe the team anything. You’ve got a lot of cricket coming up. You need to look after yourself.’

“When I went away after and had five minutes to myself, I almost felt just a bit useless that I can’t do that. It’s not a nice feeling that I’ve got to look after myself. The captain’s trying to look after me, the medical team and the coach as well. It’s international cricket, you can’t be doing that.”

Stokes’s ODI career is now over, with a host of memories, the 2019 World Cup triumph most prominent.