Only Jammu & Kashmir player in IPL 2020 dares to dream

Not at sixes and sevens, Samad just about sixes 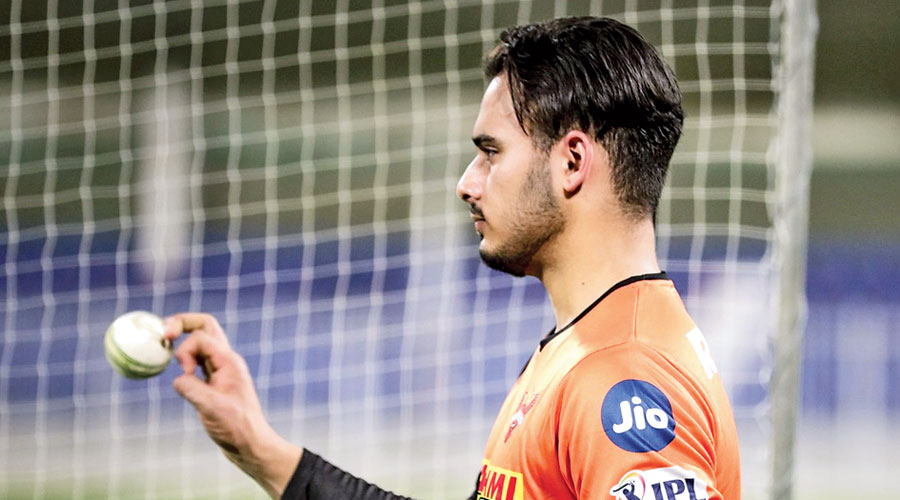 Abdul Samad deals in boundaries on the cricket field, but off it he allows no boundary to restrict his dreams.

Samad, all of 18 years, is the only player from Jammu and Kashmir in IPL 2020, where he is a part of the Sunrisers Hyderabad squad. He was in the midst of his debut season at the first-class level when he was picked up by the Sunrisers during last year’s players’ auction.

Ask Samad about the problems plaguing the Valley, more so since last year, and smack comes the reply: “Look, circumstances and environment in Jammu and Kashmir don’t matter much to me.”

He is clear about where his focus should be. “I live in the Jammu province, the situation there is anyway better. Last year, our (province team) camp was shifted to Baroda. Our practice wasn’t affected and I could train properly in Jammu because that region wasn’t too affected by curbs, restrictions or whatever.

“Besides, I really don’t know or rather don’t want to know about what all is happening in Srinagar and those areas because I don’t watch television much. Honestly, I just don’t want to lose focus thinking about those things... Don’t want them to distract me,” Samad told The Telegraph from Dubai on Tuesday.

He is, however, aware of the importance of being the only cricketer from his Union territory in this edition of the IPL. “Yes, being a part of an IPL team surely matters for Jammu & Kashmir. I too am very excited to be in a squad which has so many stalwarts. Besides, there’s the World Cup-winning coach Trevor Bayliss, (mentor VVS) Laxman Sir and also Brad Haddin. It just can’t get any bigger for me.”

Samad, who bats right-handed and can also bowl leg-spin, hit 36 sixes — the most by any batsman — in his Ranji Trophy debut last season and finished with a strike rate of 112.97. The Rajouri lad featured in 10 matches for J&K, but still managed to make an impact with two centuries and three half-centuries, which helped his team make the quarter finals.

“It’s because of my impressive showing in my initial Ranji matches that I got a chance in the IPL. So performing at the domestic level is of paramount importance and I’ll always keep that in mind,” said Samad, who’s now the fourth cricketer from Jammu and Kashmir to have his name on the IPL roster.

The talented teenager was first spotted by Jammu and Kashmir mentor and former India all-rounder Irfan Pathan at the Science College in Jammu during a camp for the Ranji Trophy.

“Apart from the ease with which he could hit sixes, what appealed to me more was his fearlessness. You can jolly well say fearlessness is this bloke’s biggest strength,” Pathan pointed out.

“I talk to him on a regular basis. But since I am not there with him in Dubai now, I shouldn’t say anything about his game and confuse him. Clarity of mind is crucial for him. What he needs to do now is listen very, very carefully to what VVS and Bayliss have to tell him,” Pathan stressed.

Samad is all ears. A keen follower of Virat Kohli, Rohit Sharma, Hardik Pandya and even Andre Russell, Samad is ready to adjust his aggression to be successful in the UAE. “VVS Sir tells me that since the wickets are slow here, I should reduce my bat speed and play a little late. Bayliss Sir also says the same. I will follow that,” he said.

Samad is ready to go miles to realise his dream. Jammu to Dubai seems to be just the beginning.