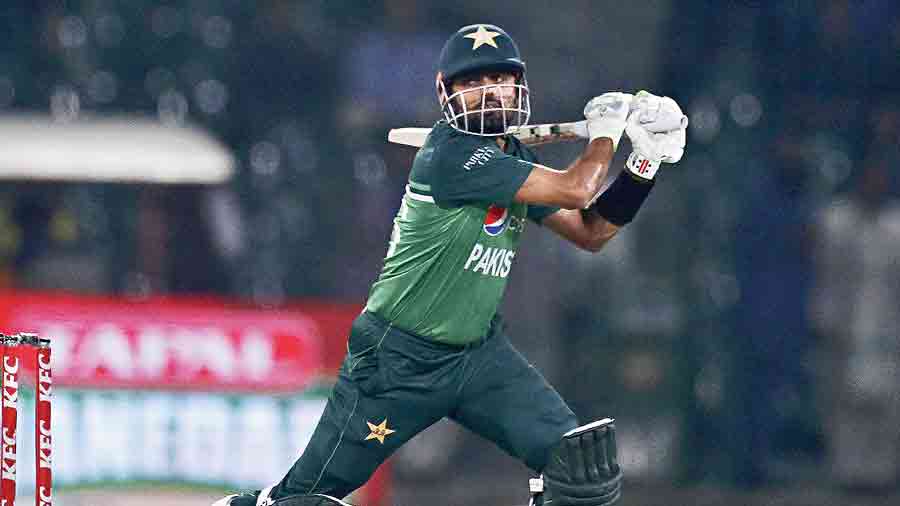 Babar Azam’s ever-rising career graph does not only earn him records, it also gets him new admirers of his batsmanship, and at times from the rival camp as well. Australia’s Marnus Labuschagne is one such.

The Aussie batsman did not allow the disappointment of defeat to interfere with his appreciation of Babar’s sublime century in Lahore on Thursday, saying he learned from the Pakistan captain’s masterclass.

Babar orchestrated Pakistan’s record chase of 349 with a masterly 114 of 83 balls, denying Australia an unassailable 2-0 lead in the series.

The elegant right-handed batter, ably supported by fellow centurion Imam-ul Haq, scored his 15th ODI century in 83 innings, which is the fastest by any batsman.

“I enjoyed every minute of watching — it was a pity it was against us,” Labuschagne told reporters after their six-wicket defeat. “That was a very good innings. I took some things on board for my own game to learn from that innings. To score 100 off 73 balls, he barely put a foot wrong. It was just phenomenal.”

Labuschagne praised Imam as well but felt dismissing Babar early in Saturday’s decider, also in Lahore, would be crucial for Australia to clinch the series.

“I think if we can find a way to get him out early, put a bit more pressure on the middle to lower order, we have a chance,” the 27-year-old said.

“He batted us out of the game and fair play to him. It was a tremendous innings.”

Babar, who was adjudged the player of the match, said batting with positive intent was the key in his innings and Pakistan’s chase. “The plan was to bat positively and bat in partnerships. When there are wickets in hand, it becomes easy towards the end. We gave 20 runs too many and hopefully we will do better in the next game.”

He was particularly happy because he was playing in his hometown, Lahore. “This (Lahore) is my hometown and it is a proud moment for me and the team. The overall effort from the team is very pleasing,” he said.

Ben McDermott smashed his maiden international century for Australia and Labuschagne, who made 59, was elated to be at the non-striker’s end when his childhood friend brought up his hundred.

“We were best mates growing up. He was over at my house almost every second day, coming on the train home and we used to (play) in my backyard,” Labuschagne said.

“The hard work that he’s putting in domestic cricket in the Big Bash and his four-day game as well, he has just come such a long way, and I was I was over the moon for him.”