With 56 wickets, Nathan needs only one more victim to draw clear of the great Shane Warne at a venue where he toiled in obscurity before being picked for Australia’s 2011 tour of Sri Lanka 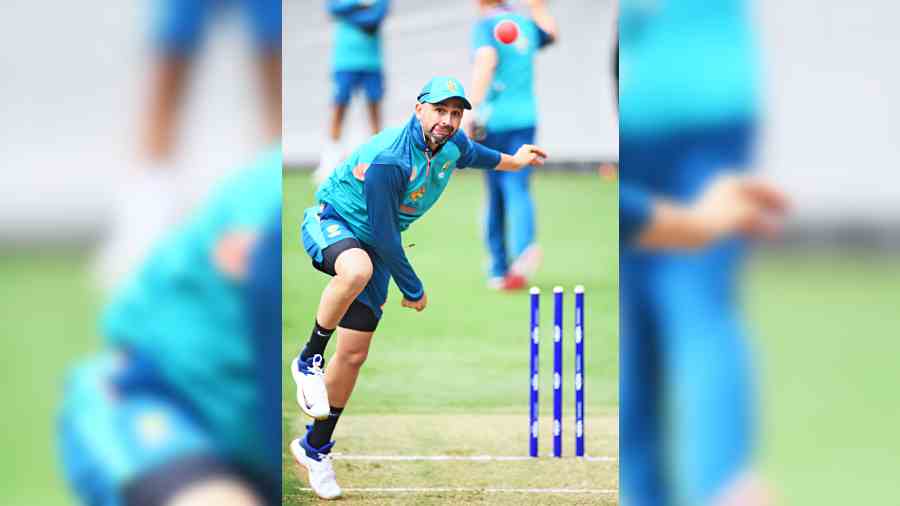 Nathan Lyon was once employed as a groundsman at Adelaide Oval but the Australia spinner will this week bid to become the highest wicket-taker at the admired cricket ground in the second Test against the West Indies starting on Thursday.

With 56 wickets, Lyon needs only one more victim to draw clear of the great Shane Warne at a venue where he toiled in obscurity before being picked for Australia’s 2011 tour of Sri Lanka.

Having taken eight wickets against the West Indies in Perth, including a match-winning six-wicket haul in the fourth innings, the in-form 35-year-old should not have to wait too long to reach the milestone in the day-night match.

“You talk to the batters and some batters find it hard to pick up the seam at night,” Lyon told reporters on Tuesday.

“So potentially (you) bowl a few more variations, simple things like cross-seam and stuff, to try and keep the batter guessing.”

Lyon has another outright record in reach, in tandem with slips fielder Steve Smith.

It is the Australian record for the most prolific bowler-fielder combination not involving a wicketkeeper.

Smith took three catches off Lyon’s bowling in Perth, including a stunner to dismiss West Indies No.3 Shamarh Brooks.

“Smithy actually sent me that message yesterday saying congrats, we are equal with (Taylor) and Warnie. When you see it like that it is pretty remarkable,” said Lyon.

“I love having Smithy there, and he gives me a lot of feedback on different paces and how the shape is looking.”