The West Indies batter, dropped on 14, hit an unbeaten 36-ball 59 that propelled Rajasthan Royals to a competitive total of 165 for 6 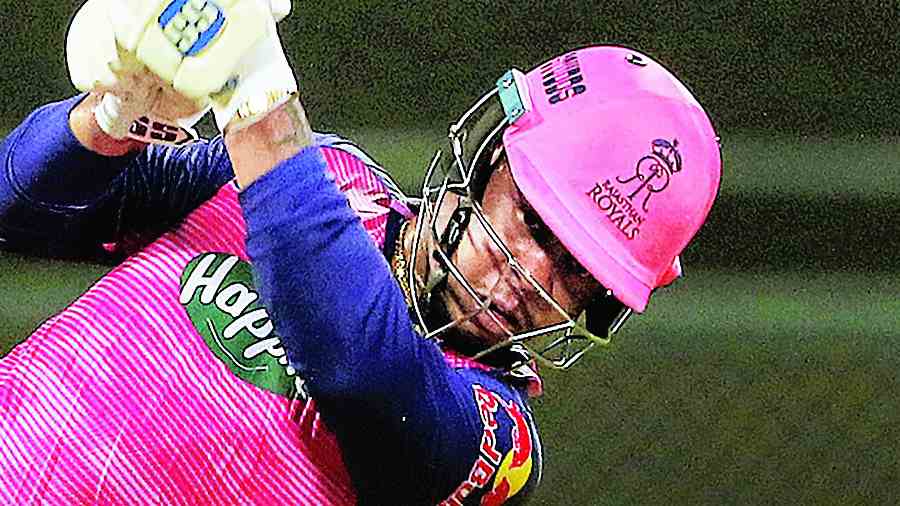 Sunday turned out to be a day of Kuldeeps. After Kuldeep Yadav’s four-wicket haul helped Delhi Capitals beat KKR, Kuldeep Sen of Rajasthan Royals assisted his team to carve out a narrow three-run win over Lucknow Super Giants in the day’s second match, at the Wankhede in Mumbai.

Chasing a 166-run target, Lucknow needed 15 from the last over. Royals skipper Sanju Samson gave the ball to Sen, a right-arm pacer from Rewa in Madhya Pradesh.

Sen gave away just 1 run from his first four balls, keeping a dangerous-looking Marcus Stoinis quiet, and though the Australian hit him for a four and six off the last two deliveries, it was not enough for Lucknow to win the match.

Trent Boult had rocked Lunckow’s chase early when he picked up two wickets in the very first over of the innings, knocking over Lucknow captain KL Rahul and Krishnappa Gowtham.

In the first half of the game, Shimron Hetmyer was given a reprieve early and he then made Lucknow pay for it. The West Indies left-handed batsman, dropped on 14, hit an unbeaten 36-ball 59 that propelled Rajasthan Royals to a competitive total of 165 for 6.

It was in the 14th over of the game when Hetmyer tried to hoick Krishnappa Gowtham (2/30) over long-on. The shot was mistimed and headed straight to Krunal Pandya at long-on, who then dropped a dolly.

The Royals were then struggling, having lost four wickets for 80-odd runs and Hetmyer’s departure could have made things even more difficult for them.

Hetmyer cashed in on that let-off and unleashed an array of clean hits on the on-side and straight over the top as the Royals managed as many as 73 off the last five overs of their innings.