“I hardly played in the last couple of months. Nice to get back onto the park” 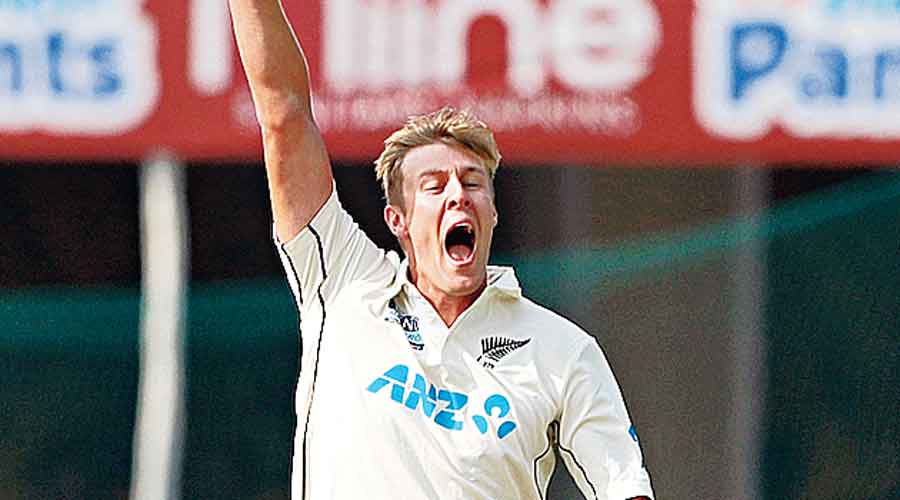 New Zealand are hoping to make the most of the second new ball when play resumes on the second morning of the first Test in Kanpur on Friday.

“Hopefully the new ball will swing a little bit in the morning and we can get them. We need a good start in the morning,” Kyle Jamieson said after returning with impressive figures of 3 for 47.

The fast bowler dismissed Mayank Agarwal, Shubman Gill and Ajinkya Rahane, which left India stuttering at 145 for four in the second session. However, Shreyas Iyer and Ravindra Jadeja handed the momentum back to India with an unbroken 113-run stand.

“India are a fraction ahead I think. We hung around pretty well,” Jamieson said. “Not a huge amount going on. Found some swing early and it was up and down a little bit.”

Jamieson is aware that the challenge of playing Test cricket in India will be different from what it is back home. “It’s nice to be back out there. Probably I think not having game time in the IPL and World Cup gave me a chance to take a step back and work on a few things...

“I hardly played in the last couple of months. Nice to get back onto the park.”

Despite bowling in alien conditions, Jamieson is sticking to the basics. “I am not trying to change my game... very lucky to have guys like Tim (Southee) and Wags (Neil Wagner) with me... I think we are pretty good, we had our discussion before the game.”