Bumrah became the third Indian to claim a Test hat-trick 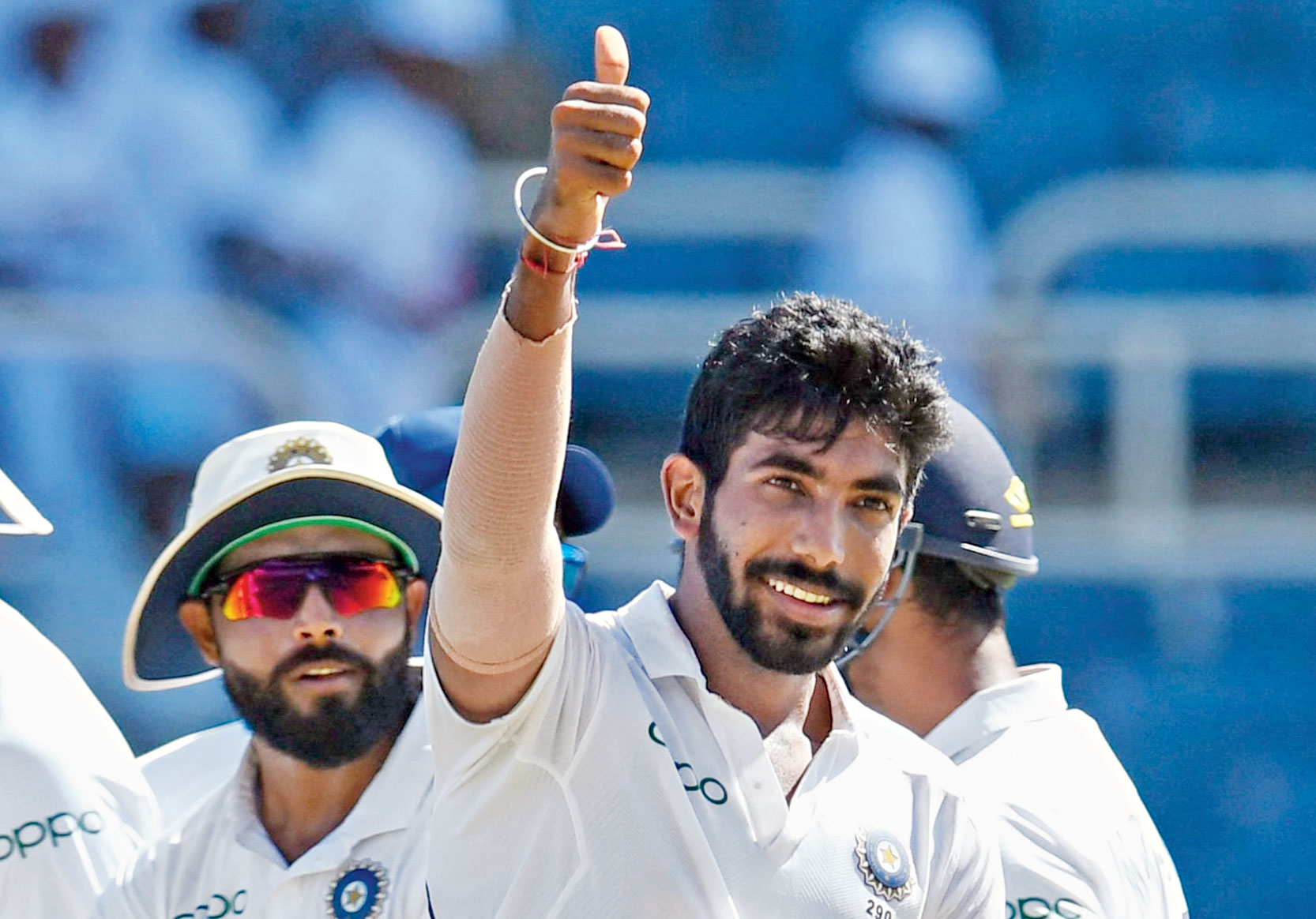 Virat Kohli was caught on the stump microphone saying so when Jasprit Bumrah — the third bowler to take a hat-trick for India in Tests — picked up one of his six wickets in the final session on Day II of the second and final Test against the West Indies in Kingston.

It was the India captain who insisted on a review after Roston Chase, who was Bumrah’s third victim after he dismissed Darren Bravo and Shamarh Brooks off the previous two deliveries of the over, was initially given not out by on-field umpire Paul Reiffel.

Bumrah too didn’t appeal as he thought the ball had struck Chase’s bat first.

But Kohli’s decision to take the review turned out to be spot-on as HawkEye showed the ball hitting Chase’s pad first and crashing into the leg-stump.

Kohli, without doubt, was elated, with the smile on Bumrah’s face broadening, as he had joined Harbhajan Singh and Irfan Pathan in the elite list.“Actually, I didn’t know… I was not very sure of the appeal… I thought it was bat first, so I didn’t appeal so much.

“But it was a good review in the end. So, I think, I owe that hat-trick to you,” Bumrah said in a chat with Kohli for bcci.tv.

Kohli, on most occasions, have been effusive in his praise for Bumrah for whom, off-days and being in indifferent form have been rarity ever since he made his international debut.

Saturday, at the Sabina Park, was one of those moments when Bumrah again swept Kohli off his feet.

In a lethal opening spell, Bumrah, ending with figures of six for 16 on the second day, rattled the Windies by picking up the first five wickets, three of which came in successive balls in the ninth over of the hosts’ reply to India’s first-innings total of 416.

“Sometimes when there is so much of help from the wicket, you need to make good use of it. We saw in the previous innings as well that there was a lot of bounce, which their bowlers got. They were getting late movement as well.

“So, at times, when there is so much of help, you can get greedy and you start going for wickets, which can make you over-aggressive. But that’s the time you have to keep things simple, just try and bowl good balls and look to create pressure.

“That was the thing going on in my head,” Bumrah said when Kohli asked about his mindset and what goes on in the pacer’s mind when he gets the new ball.

Kohli also asked Bumrah about the understanding among India’s quicks.

“The understanding bit is very good among each other. There is a lot of communication that goes on even off the field.

“So, a lot of communication goes, especially when there is no help (from the wicket), what we can do to make things happen and help each other.

“Ishant (Sharma) has played more than 90 Test matches, while (Mohammed) Shami too has played a lot of Tests. So, a lot of ideas come in and then we try to help each other if things are not going well… We push each other.”

“So, there’s a good relation going on and hopefully, we will continue with that,” Bumrah signed off.

On the other hand, Hanuma Vihari dedicated his maiden Test century to his late father, keeping a promise he had made to himself.

Apart from remembering his father, Vihari thanked pacer Ishant Sharma for batting well and at times even better than the former during their partnership on Day II of the second and final Test against the West Indies.

The unassuming Vihari felt Ishant helped him keep his word.

“Actually, my dad passed away when I was only 12. So ever since that, I had decided I would dedicate my first hundred to him,” Vihari said after his career-best 111.