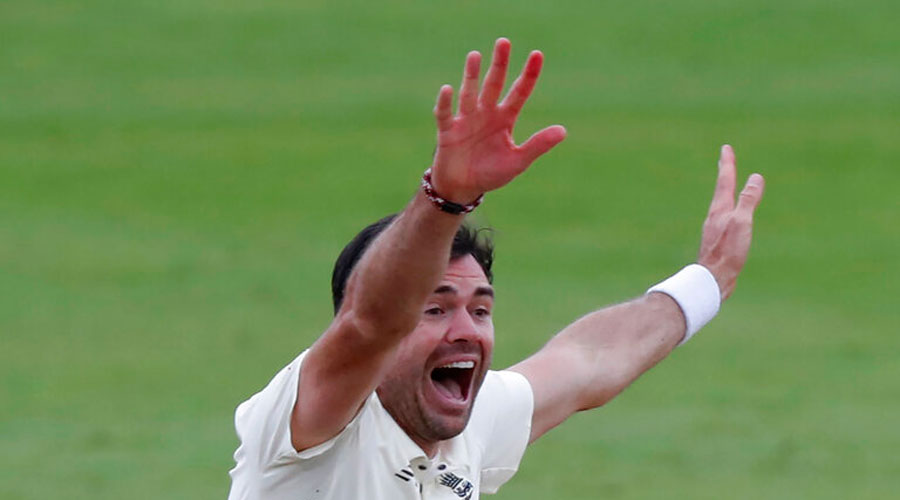 James Anderson celebrates the dismissal of Pakistan's Abid Ali during the fourth day of the third cricket Test match between England and Pakistan in Southampton on Monday.
AP
Agencies   |   Southampton   |   Published 25.08.20, 03:48 AM

James Anderson moved one shy of 600 Test wickets as he struck late on a frustrating fourth day of the third and final Test versus Pakistan on Monday.

The 38-year-old, looking to become the first fast bowler to reach the landmark, had opener Abid Ali leg-before for a painstaking 42.

Pakistan, who followed on after being bowled out for 273 in reply to England’s first innings total of 583/8 declared, ended the day on 100/2, still requiring 210 runs to make England bat again.

England are looking to wrap up a 2-0 series win although Tuesday’s weather forecast predicts heavy rain.

Pakistan crept along to 41 without loss before rain forced the players off for an early lunch. With England looking flat, Pakistan openers looked comfortable although Anderson was denied a wicket in his third over of the day.