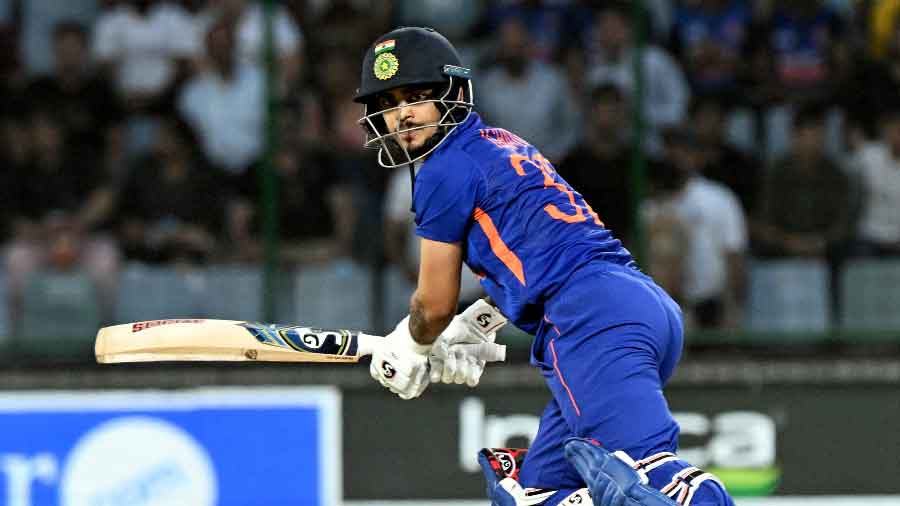 After a rather quiet IPL for Mumbai Indians, Ishan Kishan appears to have regained his flow in India’s ongoing T20I series versus South Africa.

At present the top scorer in the series with 164 runs, Kishan’s contribution has so far been significant in terms of maximising the scoring opportunities in the Powerplay and laying the platform for a formidable total on board.

He has also climbed 68 places to grab the seventh spot among batsmen in the ICC T20I rankings.

In all fairness, the current Indian team’s batting hasn’t been too good after the first T20I in New Delhi. But the same cannot be said about the 24-year-old left-hander as he has been consistent, being nonchalant and scoring quickly (34 off 21 balls) even in the second T20I in Cuttack on a tricky wicket, where India fell short of 150 batting first.

Importantly, in Visakhapatnam on Tuesday, Kishan again performed with a 35-ball 54 at the top in what was India’s first of the must-win games to keep the series alive. At the same time, his solidity and confidence also rubbed off on fellow opener Ruturaj Gaikwad, who contributed with a 35-ball 57.

From a modest strike rate of 120.11 in the IPL to 157.69 currently against the Proteas reflects how well Kishan has been able to turn his game around. But what exactly are the changes he has made in his game in just over a fortnight after the IPL?

Ahead of the opening game at the Kotla, a then worried Kishan had spent around four to five hours with his long-time personal coach Uttam Mazumdar. Apart from discussing other technical issues, Kishan was also advised on making an adjustment when it comes to gripping the bat.

“Proper gripping of the bat is an essential part, especially when it comes to shot-making and timing. Ishan has looked into it,” the New Delhi-based Mazumdar said on Wednesday.

Former national selector Devang Gandhi believes the short break after the IPL has helped Kishan. “A short break helps you contemplate, re-focus and approach the task ahead with a fresher mindset instead of just trying too hard. From Ishan’s perspective as well, that break he got for over two weeks (after the IPL) seems to have worked,” Devang, now Bengal’s U-19 coach, told The Telegraph.

But is his game absolutely concern-free at the moment? Not really.

Kishan’s technique against short-pitched stuff does suggest he’s not too comfortable dealing with it. Even in the recent matches against South Africa, he has had a bit of struggle when their quicks dug it short. Particularly in Cuttack, when Anrich Nortje got the better of him with a well-directed short ball. That too, when Kishan was well set.

“A batsman has to be careful with his shot selection when it’s a short-pitched ball. If it’s above shoulder height, it’s better to duck and leave it since it’s not in your control. Obviously, more and more practice against the short ball will help Ishan do better,” Devang reasoned.