Due to subsequent ban by Taliban on female participation in sports and basic rights, ICC is under increasing pressure to suspend Afghanistan as a full member nation 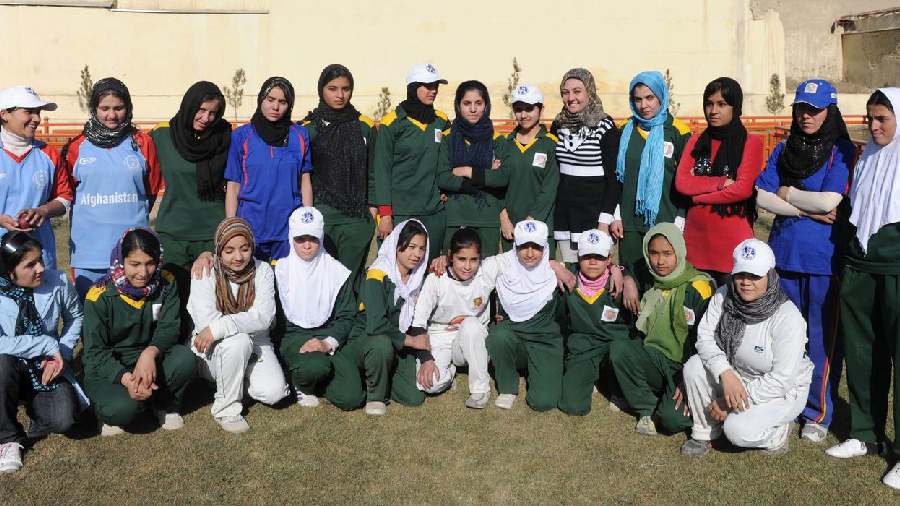 The inexorable rise of the Afghanistan men's cricket team since 2000 has been lauded as a heartwarming story of triumph amid war, occupation, poverty, repression and regime change.

However, following the Taliban's return to power in August 2021 and the subsequent ban on female participation in sport or exercise, as well as the loss of many other basic rights, the International Cricket Council (ICC) is under increasing pressure to suspend Afghanistan from cricketing activity for violating its membership criteria.

According to ICC Membership Criteria 2.2 (a)(i) countries must: "Have the appropriate status, structure, recognition, membership and competence to be recognized by the ICC as the primary governing body responsible for the administration, management and development of cricket (men's and women's) in its country" — criteria which Afghanistan no longer fulfills.

"As a result, some Afghan women and girl athletes have gone into hiding and sought to destroy evidence of their ties to sport, including medals and sport kits. Many athletes remain in Afghanistan, unable to safely train and play their sports."

Bu, a decision to strip Afghanistan of its membership would see the men's national team, who are preparing to play in their third 50-over World Cup in India in October, feel the brunt of the punishment.

While the men's side have spent two decades building a successful and thriving team from a war-torn country, the ICC have a challenge to find the right balance between protecting the rights of their male and female athletes.

Afghanistan, which achieved full ICC member status in 2018, making them just one of 12 teams to be a Test playing nation, remain the only full member nation without a women's team, and are the only full member without a side at the inaugural Women's U19 T20 World Cup that began in South Africa on January 14.

Cricket! The only hope for the country.
Keep politics out of it. @CricketAus @BBL @ACBofficials ♥️

The repeated refusal by the Taliban to allow women and girls to train or play sport has been a point of contention. The ICC's continued stance has been to attempt to work with the regime in order to come to a favorable resolution, rather than strip the country of its full member status and therefore stop the men's team from competing.

Now, Cricket Australia's (CA) decision to forfeit their One Day International (ODI) series against Afghanistan, scheduled for March, has added further pressure on the ICC to stick to their own criteria.

"CA is committed to supporting growing the game for women and men around the world, including in Afghanistan," a statement from the Australian cricket federation read. "We will continue to engage with the Afghanistan Cricket Board in anticipation of improved conditions for women and girls in the country."

Pat Cummins' team set a precedent for taking a tough line on the Taliban's treatment of women, postponing hosting Afghanistan's maiden Test against the Baggy Greens in November 2021.

CA committed in 2021 to continue discussions with the Taliban about the reintroduction of the women's team, who have now been in hiding in an unknown foreign country for over a year.

But when the Taliban announced further restrictions on women's and girls' education and employment, CA consulted their stakeholders, including the Australian government, before making their decision to forego the ODI series.

After 17 months of discussions with the Afghanistan Cricket Board which have led to no change, ICC head Geoff Allardice confirmed the issue would be raised at its next general meeting.

"Our board has been monitoring progress since the change of regime," he said. "It is a concern that progress is not being made in Afghanistan and it's something our board will consider at its next meeting in March. As far as we are aware, there isn't activity at the moment."

The ICC have set a precedent for countries failing to implement their criteria, suspending Russia in July 2021 for noncompliance of ICC Membership Criteria 2.2 (a)(i) following the country's invasion of Ukraine, before terminating their membership in July 2022.

The impact on suspending Afghanistan from ICC membership would be immediate, with Afghanistan in contention to qualify for its third consecutive 50-over World Cup which will be held in India this October.

While the men's cricket team remains a source of pride for Afghanistan and in turn the Taliban, former Olympian Friba Rezayee believes the continued plight of women and girls in the country requires the International Olympic Committee to also step in.

The most troubling part of this interview were the comments on Afghan cricket. To say the Taliban’s takeover is “a blip in the process” of establishing womens cricket in Afghanistan is absurd & offensive. Give it time is an unacceptable position when it comes to human rights https://t.co/7QUYwNCFHM

"The IOC states a goal of 50-50 gender ratio and equal male to female participation in all sports," Rezayee told DW. "Yet the Afghan National Olympic Committee is fully controlled by the Taliban's government in Kabul and is a government ministry.

"Therefore, the IOC should suspend the Taliban and their male-only athletic federations until women and girls can train and compete again. It is clear that any IOC money or funds given to the Afghan NOC is giving money to the Taliban."

In December, the IOC called into question the participation of the Afghan NOC team at the Paris Olympics in 2024 if it failed to make progress "in relation to the fundamental issue of safe access to sport for women and young girls in the country."

But with no deadline set on when such access was required to be met, the various international governing bodies tasked with protecting womens' and girls' rights to play sport across the world are failing to adequately do so for those in Afghanistan.