IPL: Shikhar Dhawan is the new captain of the Punjab Kings 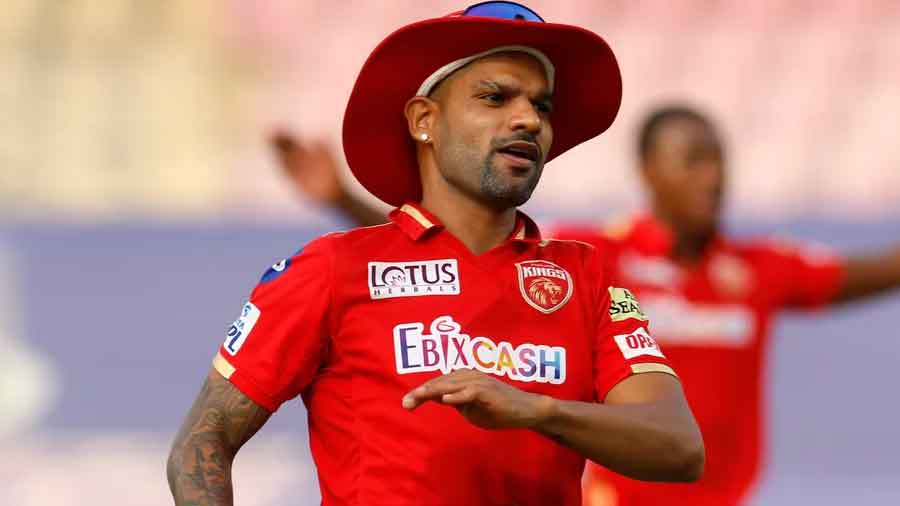 Shikhar Dhawan will be leading the Punjab Kings side in the 2023 edition of the Indian Premier League.

The Delhi southpaw replaced Mayank Agarwal who led the side last year.

The decision was taken at the franchise's board meeting on Wednesday.

The move was on expected lines after the 31-year-old from Karnataka failed to take the team to the IPL play-offs earlier this year.

Agarwal was made captain for the 2022 edition after K L Rahul decided to move to Lucknow Super Giants. Besides the team's inconsistent run, Agarwal's form also dipped as he managed 196 runs at an average of 16.33.

#CaptainGabbar is elated, thankful, and ready to lead Punjab Kings!

The franchise had thought about making Dhawan the skipper last year as well but decided to go ahead with Agarwal.

"The board has decided to make Dhawan captain. He has all the experience, both as player and captain in the IPL and also did well for the team in his first season last year," an IPL source told PTI.

The franchise is keen on retaining Agarwal despite handing over the leadership duties to Dhawan. A decision on that will be made soon as the player retention deadline is set at November 15.

Though Dhawan has been a consistent performer in the IPL, he only plays in the 50-over format for India. Of late, he has been captaining the second string India ODI team and will lead the side in New Zealand later this month.

In the IPL, he has leadership experience with Sunrisers Hyderabad.

Punjab will also have a new head coach in Trevor Bayliss, who guided England to the 2019 ODI World Cup title and KKR to two IPL titles in 2012 and 2014. Bayliss will be assisted by fellow Australian Brad Haddin.

The team owners' expectations are high from the new coach and captain as the franchise searches for its maiden title. Punjab's sole final appearance came way back in 2014. They finished sixth in the previous four seasons.

Hardik & Dhawan to lead in NZ