Knights, MI in spot of bother 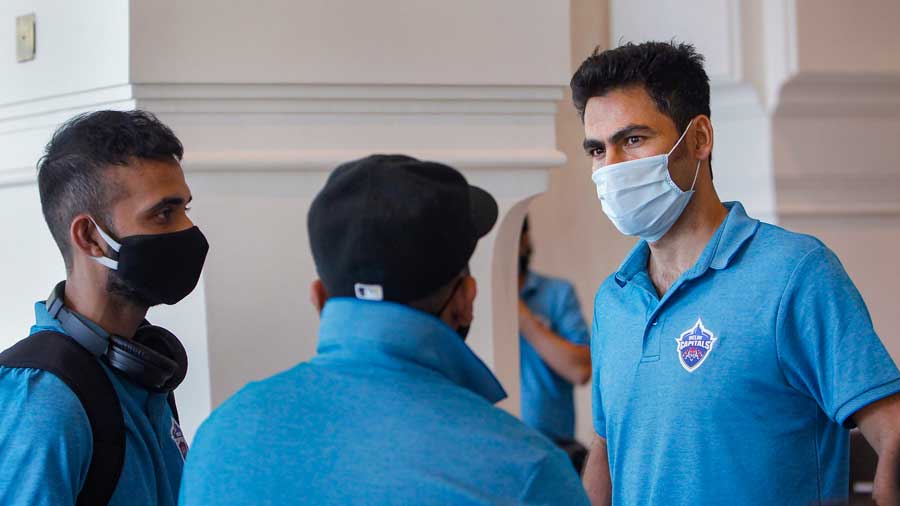 Different sets of quarantine rules in the two emirates — Dubai and Abu Dhabi — have landed Kolkata Knight Riders and Mumbai Indians in a spot of bother ahead of the 13th edition of the Indian Premier League.

Both the franchises have set up their base at beach-front properties in Abu Dhabi and may be forced to go through a 14-day quarantine period unless the Emirates Cricket Board manages to convince the Abu Dhabi government to make some relaxations.

The franchises are optimistic that the period would be pruned down to seven days. However, sources suggest it could prove to be difficult.

“It’s unlikely that the rules will be relaxed. There’s already a rise in the number of cases in Abu Dhabi, which started allowing tourists only recently,” a well-placed source told The Telegraph.

The Knight Riders reached last Thursday and were supposed to have their first practice session on Wednesday but were told to “stay put at their hotel till further updates were received”.

According to the Standard Operating Procedures of the Board of Control for Cricket in India (BCCI), teams have to go through a mandatory six-day quarantine period with tests done on the first, third and sixth days. If one tests negative on all occasions, he is free to play.

“The BCCI should have known about separate rules in each of the emirates. In that case all teams would have stayed in Dubai,” said the source.

Rajasthan Royals and Kings XI Punjab arrived in Dubai on the same day as KKR and began their practice sessions on Wednesday.

A notification from the Abu Dhabi Public Health Centre states that “due to the latest global, regional and local developments on the Covid-19 pandemic, it is recommended as a precautionary measure to stay at home upon returning from your travel under self-quarantine for 14 days.”

In Dubai, though, you are required to go through a 14-day quarantine only if you test positive at the airport on arrival. With just over three weeks remaining, there is still no clarity on the fixtures for the tournament. The delay, as already reported by The Telegraph, has been attributed to the travel restrictions between Dubai and Abu Dhabi.

“We are trying to sort out the testing procedures on match days. It is most likely to be done at the team hotels on the night before the match so that there is no problem with the players’ entry into Abu Dhabi on match days,” the source said.