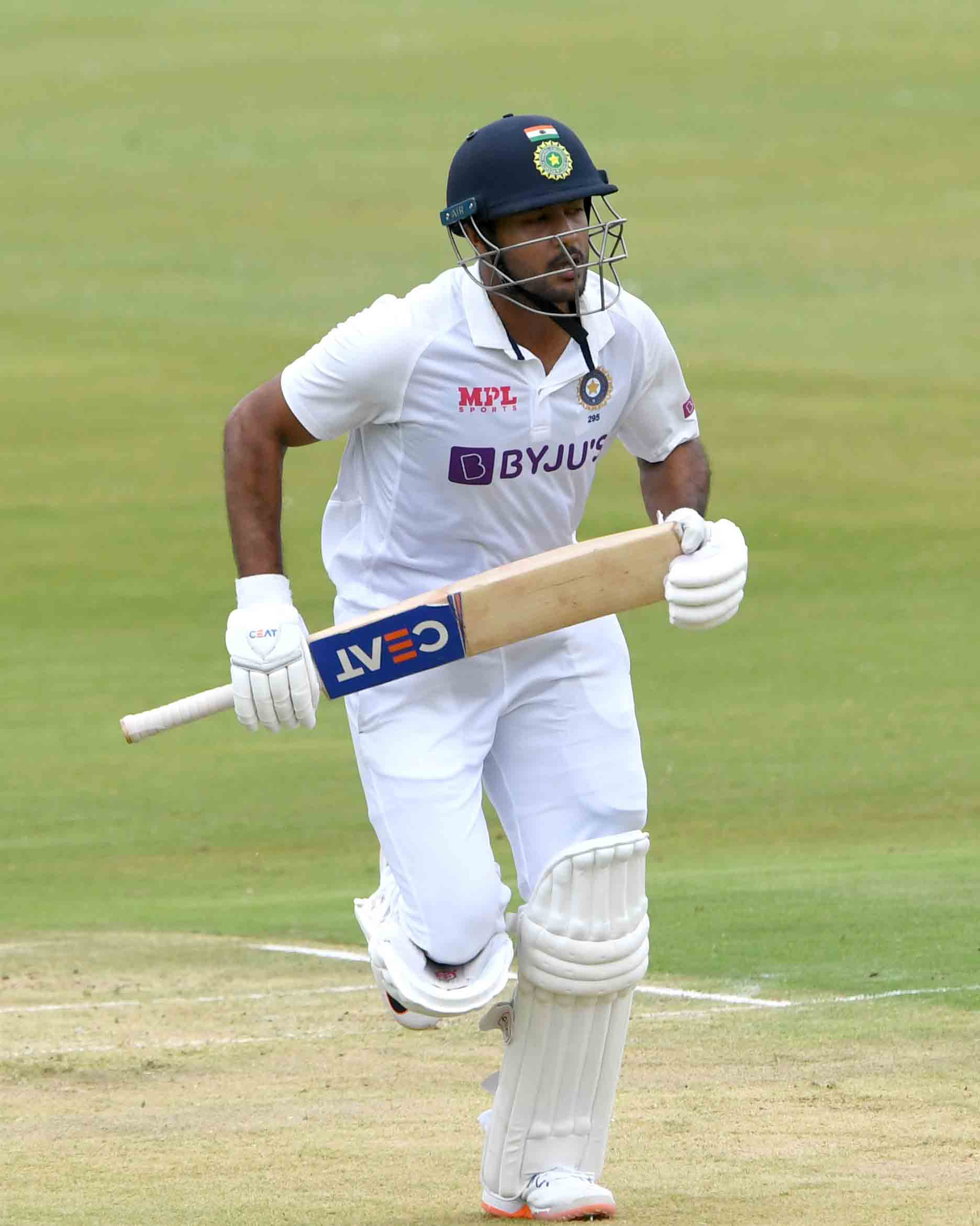 Openers Mayank Agarwal and K L Rahul played with the required discipline in testing conditions to take India to 83 for no loss at lunch on day one of the first Test against South Africa here on Sunday.

Both Rahul (29 batting off 84) and Agarwal (46 batting off 84), who are close friends and play for the same domestic team, left the ball well against a pace attack which did not bowl well enough in favourable conditions.

Agarwal carried his good from the home series against New Zealand to SuperSport Park while Rahul stuck to the approach that brought him a lot of success in England earlier this year when he opened the batting alongside the now injured Rohit Sharma.

Rahul was more watchful to start with, showing absolute clarity in leaving the ball while Agarwal was quick to cash in on freebies offered by the opposition pacers.

Agarwal drove Lungi Ngidi through point for the first four of the innings. Rahul, who took 21 balls to get off the mark, played an exquisite straight drive off Kagiso Rabada to get going.

Debutant left-arm pacer Marco Jansen made a nervy start to his career with Agarwal dispatching him for three fours in his opening over.

The 6 feet 8 inch bowler's first ball in Test cricket was a gentle full toss which Agarwal duly dispatched through cover point. Then the lanky pacer bowled a couple into the pads which were crisply flicked away.

The South African pacers bowled a tad too short in the first hour of play with India reaching 42 for no loss. The Dean Elgar-led side also wasted a review early in the session.

The only chance that came South Africa's way went begging with a diving Quinton de Kock dropping Agarwal off Jansen. He was batting on 36 at that time.

South Africa decided to leave out in-form pacer Duanne Oliver from the playing eleven while India picked the struggling Ajinkya Rahane ahead of Hanuma Vihari and Shreyas Iyer.

The South African and Indian teams observed a moment's silence ahead of the opening Test in honour of anti-apartheid icon Archbishop Desmond Tutu, who died on Sunday.

The South African players also entered the ground wearing black armbands as a mark of respect.

Tutu had been hospitalised several times since 2015, after being diagnosed with prostate cancer in 1997.