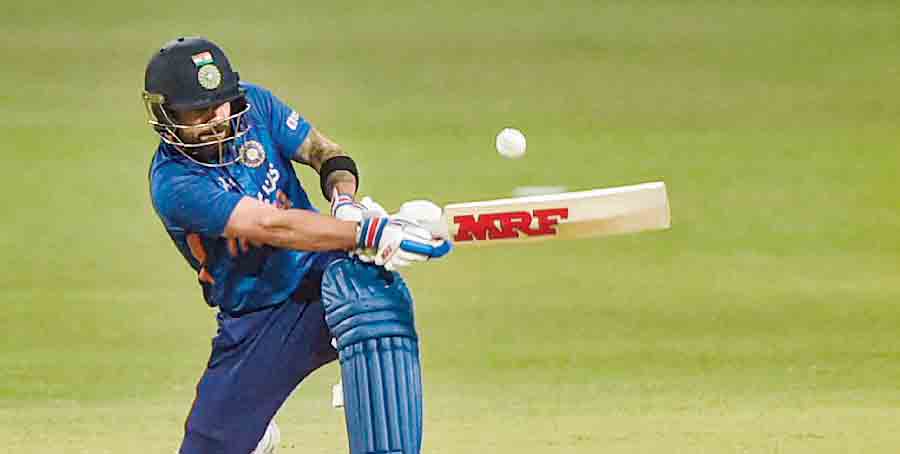 Rovman Powell rekindled memories of Carlos Brathwaite’s four consecutive sixes in the last over of the 2016 T20 World Cup final but his heroics weren’t enough to prevent India from clinching the series with a match remaining.

The West Indies needed 25 in the final over on Friday and after Powell exploded with two sixes off the third and fourth balls, the visitors needed 11 more to level the series. Another couple of sixes looked possible but Harshal Patel managed to buck the trend and came up with two dipping slower deliveries, conceding just two runs.

The eight-run victory was India’s 100th in T20Is and their eighth in a row. Kieron Pollard’s 100th T20I match didn’t prove to be a memorable one after having come tantalisingly close to achieving the 187-run target.

The credit should also go to Bhuvneshwar Kumar, who had made it tougher for Pollard’s men by giving away only four runs in the 19th over. More importantly, a well-set Nicholas Pooran fell to a high catch by Ravi Bishnoi, after the fielder had dropped him on 21 at deep mid-wicket.

It was Pooran and Powell’s century partnership that threatened to take the match away from India. Powell hit five sixes and four boundaries in his unbeaten 68 off 36 balls.

The teams were tied at 124 after the 15th over. But while India put on 62 in the last five overs, West Indies accumulated 54. Bhuvi made it clear he still remains the go-to man in high-voltage endings, while Yuzvendra Chahal and Bishnoi restricted the batsmen in the middle overs.

The Indians made full use of the conditions after being made to bat first. Rishabh Pant provided the momentum in the closing stages after Virat Kohli had pulled India out of a crisis.

Pant has found some unfortunate and some deplorable ways to get out in his short career. Even in the first T20I against the Caribbean team, he fell to a pre-determined shot. He knew another display of his reckless approach could prove to be disastrous after Rohit and Suryakumar Yadav had been dismissed within a space of 12 balls.

For a change, Pant batted with caution while not letting the run-rate slip. The result: an unbeaten 52 not out off 28 balls. He found ample support in Venkatesh Iyer, who made 33 off 18 balls and the pair stitched together 76 runs off 35 deliveries.

Pant successfully worked out Roston Chase’s challenge. Even the return of Jason Holder failed to put the brakes on Indians’ run-scoring. Pollard possibly miscalculated the bowlers’ quota which resulted in Sheldon Cottrell ending with an over short.

But it was Kohli who showed the way at the start once Rohit struggled to get into his rhythm. Kohli though was never at ease against Chase. Though Kohli’s 52 came off 41 balls, he got stuck against the off-spinner, scoring just 23 off the last 23 balls he faced.

Having hit a six earlier in the over to complete his half-century, the former India captain failed to negotiate the turn. Not the best way to be dismissed for a settled batsman, but whether it was the bowler’s guile or the batsman’s lapse in concentration that led to the dismissal is debateable. Not the first time in recent memory though.