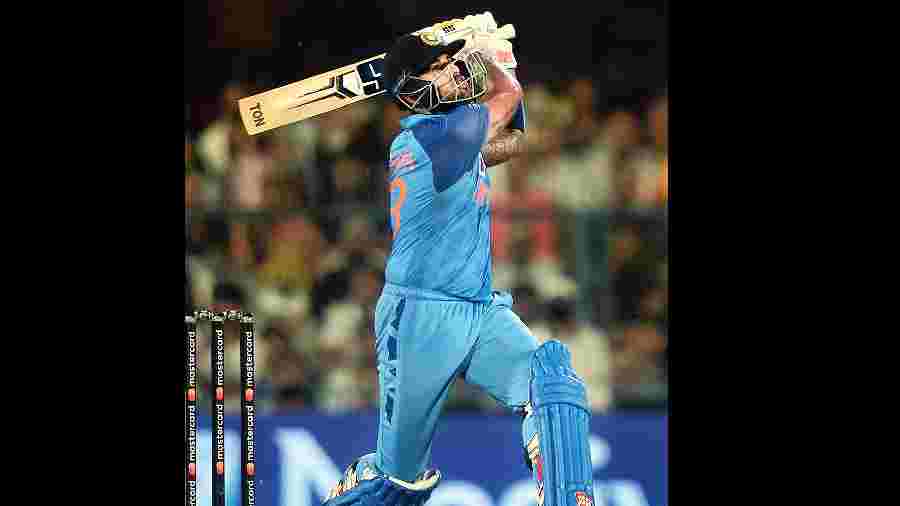 South Africa’s bowlers dished out one freebies after another, and the Indian batsmen were only too happy to oblige.

Thereafter, their top order’s cluelessness undid the brilliance from David Miller (106 not out) as India eventually clinched a 16-run win at the Barsapara Cricket Stadium in Guwahati on Sunday.

The win also helped India seal the series with an unassailable 2-0 lead, which should serve as a boost for Rohit Sharma and the rest of the group going into the T20 World Cup. For the Proteas, this was their first-ever bilateral T20I series loss in India.

In reply to India’s mammoth 237 for 3, South Africa, in spite of Miller and De Kock (69 not out)’s unbroken stand of 174, couldn’t progress beyond 221 for 3. In Jasprit Bumrah’s absence, the likes of Arshdeep Singh and Deepak Chahar certainly did a commendable job. But one has to take a look at the inept showing by the South African top-order batsmen as well, which made the two pacers’ jobs easier and was also one of the main factors behind India’s yet another series win at home.

And if that wasn't enough, the visitors’ quicks made a mess of everything after India were put in to bat. Full tosses, long hops along with short and over-pitched stuff were served on a platter to the Indian batsmen as they walked their way to a 200-plus total. KL Rahul (57) began the onslaught first up, taking good care of his strike rate, which has been a concern for him.

Skipper Rohit (43), too, was able to play some strokes and so was former captain Virat Kohli (49 not out). And the form Suryakumar Yadav (61 off 22 balls) is in at present, such non-stop ill-directed deliveries and that too, on a small ground helped him feast on the South African attack, which seemed a level below pedestrian in the last five-six overs of the Indian innings. It appeared as if Suryakumar, with shots at almost all corners of the ground, was practising strokeplay during his 102-run third-wicket partnership with Kohli that came in just 40 balls.

Team selection-wise too, South Africa erred again by not including an extra spinner in their XI, just as they didn’t have an additional fast bowler in pace-friendly conditions in the series opener in Thiruvananthapuram. In this game, left-arm spinner Keshav Maharaj (2/23) turned out to be their best bowler.

During South Africa’s run chase, Arshdeep again struck more than once in his first over, removing Proteas captain Temba Bavuma and Rilee Rossouw. Miller certainly tried his best, but the scratchiness of Quinton de Kock for a large of his innings made the equation all the more tougher for the Proteas. India, though, didn’t mind that, but what could worry them a little bit is Harshal Patel’s struggle. Expensive right through, Harshal’s wrong lengths also helped De Kock get a few big hits.

The game was interrupted twice: first, during the eighth over of India’s innings when a snake had entered the playing arena, holding up proceedings for a few minutes.

Thereafter, in the third over of the Proteas’ reply, one of the floodlight towers went off that held up play for around 10 minutes. These instances definitely don’t augur well for the venue.