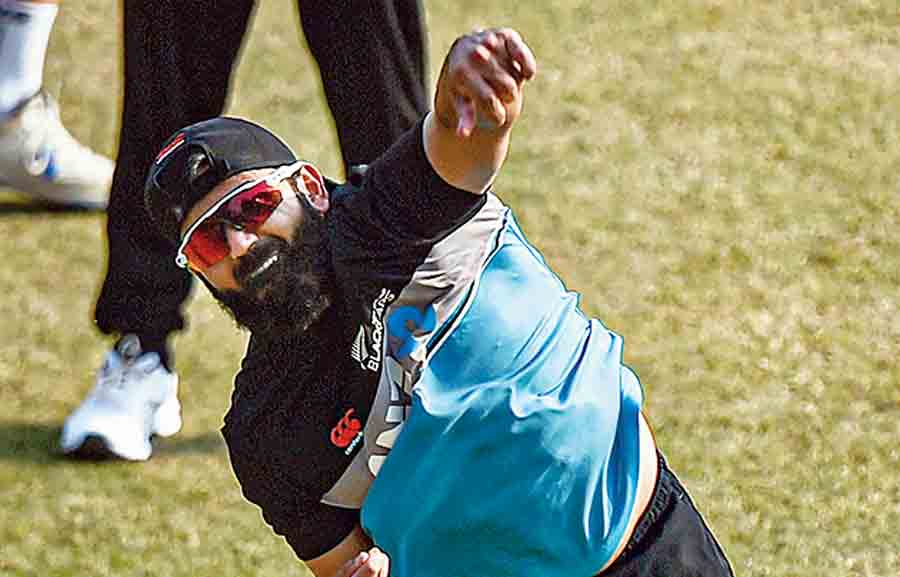 Ajaz Patel’s 10-wicket haul in the first innings of the ongoing Mumbai Test versus India is a great moment not only for the left-arm spinner, but “for New Zealand cricket and world cricket as well”, the legendary Richard Hadlee said while lavishing praise on his compatriot.

The 33-year-old became only the third bowler in Test cricket’s history to take all 10 wickets in an innings, joining the illustrious company of Jim Laker and Anil Kumble. He achieved the rare feat during the second session of Day II of the Test, dismissing India’s No.11 batsman Mohammed Siraj to restrict India to 325 in their first innings, making good use of the extra turn and bounce of the Wankhede pitch.

“Congratulations to Ajaz on a superb bowling performance. It was a delight to watch; a well-deserved reward, and a great moment for him, New Zealand cricket and world cricket,” Hadlee said in a statement.

“To be in the great company of Jim Laker and Anil Kumble is very special indeed. Good luck to him and the team,” Hadlee added.

It has been learnt that Hadlee had spoken on the same lines in his personal message to Ajaz on late on Saturday evening.

Ajaz’s match figures of 14/225, after he took four wickets in India’s second innings on Sunday, were the best-ever bowling figures in a Test match versus India, surpassing former England captain and another legendary all-rounder Ian Botham, who had figures of 13/106, which too was registered at the Wankhede.