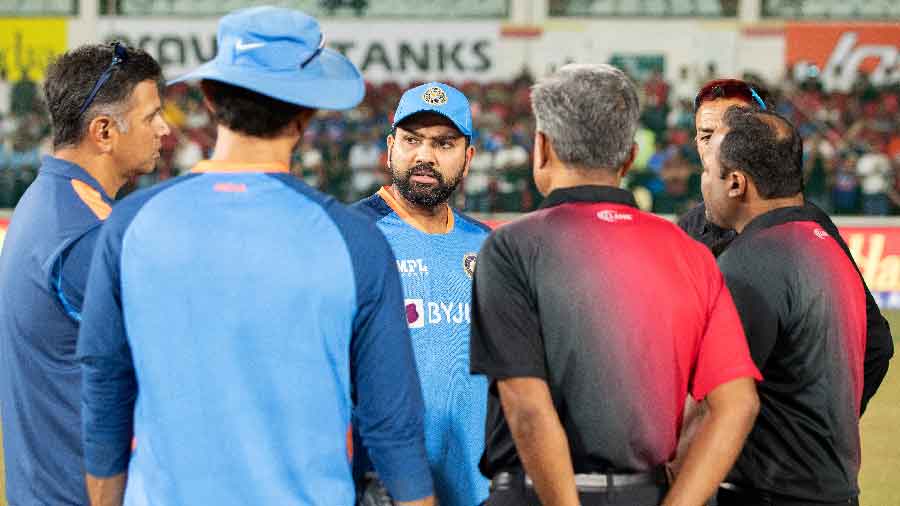 Wicketkeeper Matthew Wade scored an unbeaten 43 to power Australia to a challenging 90 for 5 against hosts India in the rain-affected second T20 International here on Friday.

The match began two-and-a-half hours after its designated time due to a wet outfield and was reduced to an eight-over-a-side contest.

Australia lost wickets at quick succession but continued to score at a good rate after being invited to bat.

Skipper Aaron Finch, who scored a 15-ball 31, and Wade (43 off 20) were the top contributors for Australia.