India have variety in bowling: Chappell

He says despite the 'modern gung-ho batting style', the team that consistently takes wickets, particularly through the middle overs, is the one most likely to lift the trophy 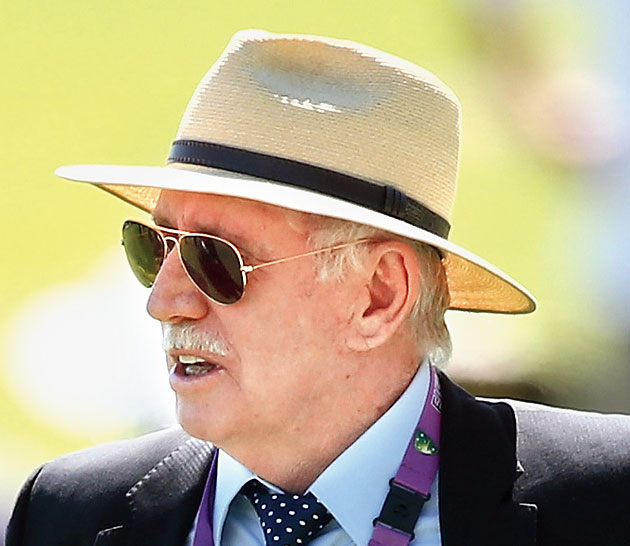 Former Australia captain Ian Chappell feels that the teams, who have balanced bowling attacks, are the favourites to win the upcoming World Cup and India’s variety in this department makes it a strong contender for the title.

Chappell says despite the “modern gung-ho batting style”, the team that consistently takes wickets, particularly through the middle overs, is the one most likely to lift the trophy.

“In an era where big bats and big scores, with occasional monumental battering, have been a regular feature in ODIs, there are still some seriously good bowling attacks gearing up for 2019 World Cup,” Chappell said.

“Wicket-taking is going to play a crucial role in deciding this World Cup... The best balanced attacks will likely come to the fore, and they belong to England, India and Australia,” Chappell wrote in his column for a cricket-specific website.

On India’s bowling attack, Chappell wrote: “While not possessing the outright pace of England or Australia, India do have great variety and a trio of fast bowlers who can be exceptional in favourable conditions.

“If there’s any moisture in the pitches then Jasprit Bumrah, Mohammed Shami and Bhuvneshwar Kumar are skilled enough to take full advantage. If however the pitches start to wear and the conditions are dry, then Kuldeep Yadav and Yuzvendra Chahal are a dangerous wicket-taking combination.

“Throw in Hardik Pandya as a handy fast-bowling all-rounder and Virat Kohli has plenty of options.”

Chappell said until recently the ingredient missing from a rampant England side was genuine pace but that has changed with the inclusion of Jofra Archer.

“Suddenly with Jofra Archer a late qualifier and a resurgent Mark Wood, they have an abundance of speed — to the point where their most reliable wicket-taker in the recent past, Liam Plunkett, could warm the bench,” he wrote.

“A pace attack of Archer, Wood and Chris Woakes, with Moeen Ali and Adil Rashid providing the guile, and the ebullient Ben Stokes as the back-up, is one to be feared.”