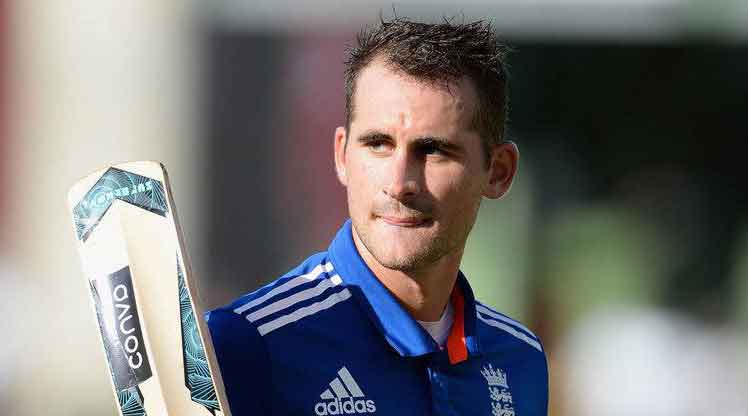 Former England batsman Alex Hales has apologised for an old photo showing him in blackface at a fancy dress party, saying on Friday it was “incredibly reckless and foolish”.

The Sun newspaper published the image on Thursday and said it had been taken at a New Year’s Eve party in 2009.

Hales, 32, said it was a tribute to late rapper Tupac Shakur.

“The theme was musicians and Tupac is, was and always will be my favourite musician so I went (dressed) as him,” Hales said in a video on Friday.

“Obviously I realise it’s incredibly disrespectful and want to apologise for the offence that this has, no doubt, caused. It was incredibly reckless and foolish on my behalf.”

The England and Wales Cricket Board (ECB) said it will investigate the matter.

“We strongly condemn any form of discrimination,” an ECB spokesperson said.

“We have procedures in place to address conduct and allegations of this nature and we will investigate accordingly. We want cricket to be an inclusive, welcoming game for everyone.”

Nottinghamshire County Cricket Club, for whom Hales plays, also said the batsman would be subjected to the club’s disciplinary process.

“I want to apologise to the club for the embarrassment it would have caused and I guess my 20s was full of mistakes like that,” Hales said.

“Reckless mistakes off the field let down family, teammates, friends and close relationships I had during my 20s. And I guess some of these decisions I will regret for the rest of my life.”

This week, ex-Yorkshire cricketer Azeem Rafiq, a player of Pakistani descent, testified before a British parliamentary committee about the discrimination he had faced while at the club, saying the sport in England was riddled with racism.

On Wednesday, Hales denied there was “any racial connotation” in the name of his dog Kevin after allegations by Rafiq.

“Last few years being away from the spotlight a little bit has given me a chance to better myself as a human...

“With regards to the allegations about the dog... I want to reiterate what I said in my statement the other day. And finally, I deplore all forms of racism and discrimination,” Hales added.