We hope to face Windies with clear heads: Rabada

We never give up, we are looking to turn it around: SA speedster 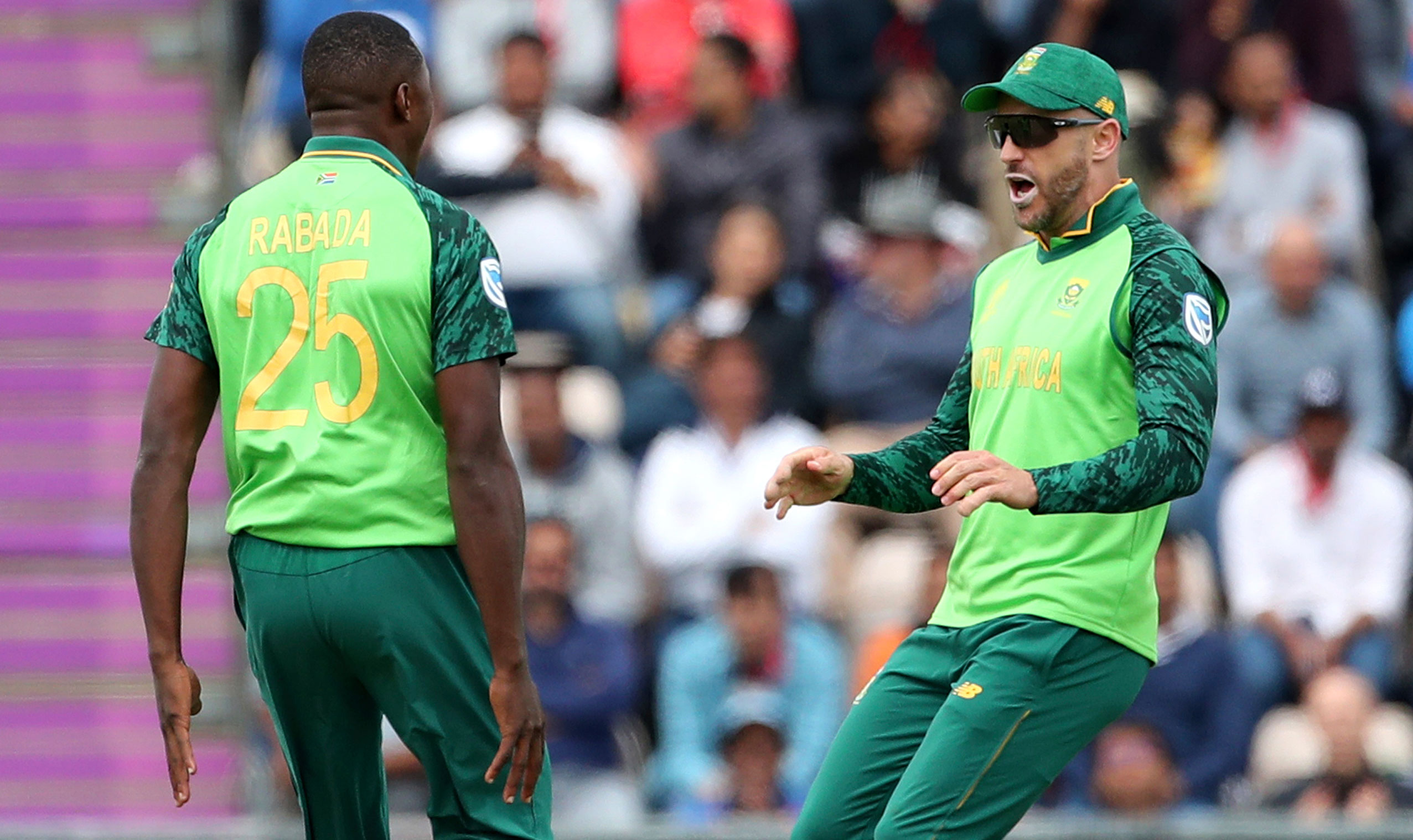 South Africa have had a pathetic World Cup so far, losing all three games that they have played.

In search of their first win of 2019 World Cup, the Proteas would be hoping to approach the task with fresh minds when they take on the West Indies on Monday.

But besides the three defeats, they have also been plagued by a number of other issues/distractions.

Their most senior bowler Dale Steyn has been ruled out of the World Cup with injury. Lungi Ngidi is still uncertain for the Windies match. Then the AB de Villiers issue has created quite a storm.

“There’s just been a lot happening off the field and we are just looking to clear that out of our heads,” fast bowler Kagiso Rabada said at a media conference on Sunday.

In Steyn’s absence, and with Ngidi also a doubt, Rabada will lead the attack as he tries to make his own mark on the tournament. He has taken four wickets in three matches so far and has begun to look threatening.

However, bowlers like Jofra Archer, Oshane Thomas and Mitchell Starc have had bigger impacts in this World Cup so far. Rabada said there is no envy towards his counterparts but hopes he can emulate them.

“They are all phenomenal bowlers. I enjoy watching other bowlers bowl. It’s nice to see other people do well, but not against us,” Rabada joked.

“We all have our aspirations. We want to achieve certain goals. I don’t think it puts any pressure on me (to perform). I know exactly what I want to get out of the game. When you admire other sportsmen, it can inspire you.” Left-arm seamer Beuran Hendricks, who replaced Steyn, could share the new ball with Rabada. “Beuran is a really good bowler. I rate him highly.

“He brings variety. He has got a lot of skill and he has played International cricket before. I’ve played with him and against him. I am really confident with him being in the team and he always gives it his all,” Rabada said.

Rabada, Hendricks and two out of Chris Morris, Andile Phehlukwayo and Dwaine Pretorius will take care of South Africa’s seam bowling job. But is the Proteas batsmen who will be expected to do a better job on Monday.

In all three defeats so far, South Africa have not scored enough runs and they will now have to do it against one of the best pace attacks in the tournament in the form of West Indies.

Rabada noted that the West Indian attack has real pace.

“We know that he can produce magic out there on the field and he’s been showing signs of it in the warm-up games… We are really hopeful that he can come off.”

Rabada said that they really wanted to win the match against India, which they lost by six wickets.

“Well, the World Cup is a big stage. Playing against India is a big match. And we'd just lost two games on the bounce, there was a lot of emphasis on that game, you know.

“It’s a game that I really hoped that we would win. There was a lot on that, on that game. It was going to give us some breathing space. But now we’ve just got a stiff challenge ahead of us, but we're ready to stand up, rise up to it.”

The pacer insisted that they are not far from a victory, though he admitted that the loss against Bangladesh could have been due to complacency.

“We are very hopeful. I think we've played two of the best teams in the world (England and India). Against Bangladesh, we felt that we might have been a bit complacent, we talked about it.

“So, we need a few things to click and we are working our way around it. We are looking to turn it around on Monday.”