The Indians, under stand-in captain KL Rahul, had lost the ODI series 0-3 in South Africa 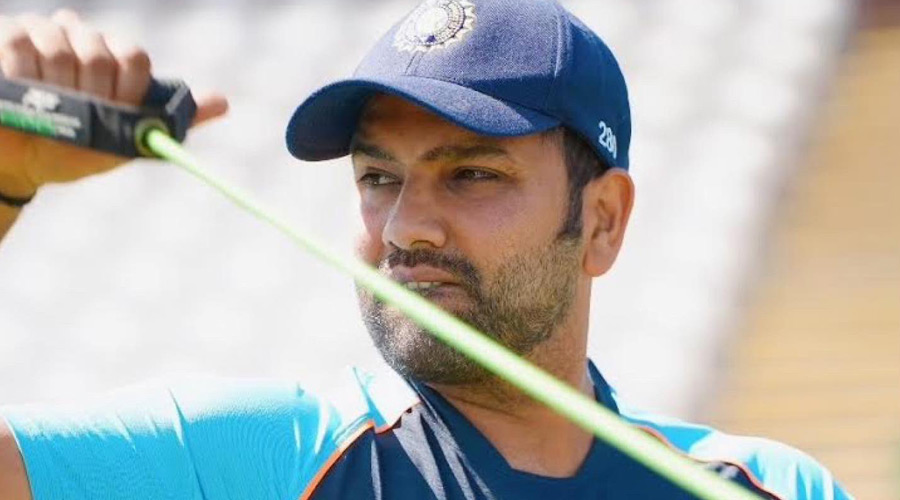 A fit Rohit Sharma will take charge as India’s limited overs captain when the three-match ODI and T20I series gets underway in Ahmedabad and Calcutta from February 6 and 16, respectively. The national selectors, led by Chetan Sharma, will name the squads for the two series in the next 48 hours.

All-rounder Ravindra Jadeja, who had missed the tour of South Africa along with Rohit because of fitness issues, will also be back in the squad. The Indians, under stand-in captain KL Rahul, had lost the ODI series 0-3 in South Africa.

The series versus the West Indies will mark the beginning of a new journey for Rohit, who is expected to lead the team in the T20 World Cup in Australia this year followed by the ODI World Cup at home in 2023.

If the drubbing in South Africa has been a rude awakening for the side, the selectors are in no mood to panic and bring in wholesale changes. Sources told The Telegraph that they are likely to try out a few new faces while keeping the basic structure in place.

Virat Kohli has made himself available for the series, at least in the ODIs, and so the onus will be on putting up a settled batting order which could help in the long run.

Head coach Rahul Dravid had dwelt on the “balance of the side” and called for “better batting in the middle overs”. Without naming anyone, Dravid had felt the return of all-round options at Nos. 6 and 7 would go a long way in getting the right balance.

While Jadeja remains an automatic choice, Venkatesh Iyer’s failure to make an impression in the middle-order has brought Hardik Pandya back into focus. The national selectors are still not keen to slot Pandya solely as a batsman and there’s no indication that he is bowling at full tilt. It’s not that Pandya will be slotted straightaway but he remains in the selectors’ plans and his rehabilitation will be closely monitored.

“India’s middle-order has remained a problem since the 2019 World Cup. While the top-order is settled, there’s enough time to try out players like Suryakumar Yadav or Shreyas Iyer or Pandya and give them an extended run,” a source said.

Once the batting is settled, trying out Rishabh Pant up the order is also an option, especially in T20Is. The template is very simple — the top order has to play long innings while those who follow will be the aggressors.

While it’s unlikely Bhuvneshwar Kumar will get another lifeline, Ravichandran Ashwin may have to sit out against the West Indies but will remain in the scheme of things. There’s a line of thinking that two spinners will be a necessity in Indian conditions and Ashwin could prove to be handy when the World Cup is staged.

“It is here that the presence of a regular captain like Rohit helps. He can chalk out his plan of action so that there’s a smooth transition in the new middle and late order. The template is already in place and as we get closer to the events, we need to fine tune our areas of focus,” the source said.

The selectors favour trying out newcomers such as Harshal Patel and Avesh Khan. Jasprit Bumrah could be given a break as part of his workload management.