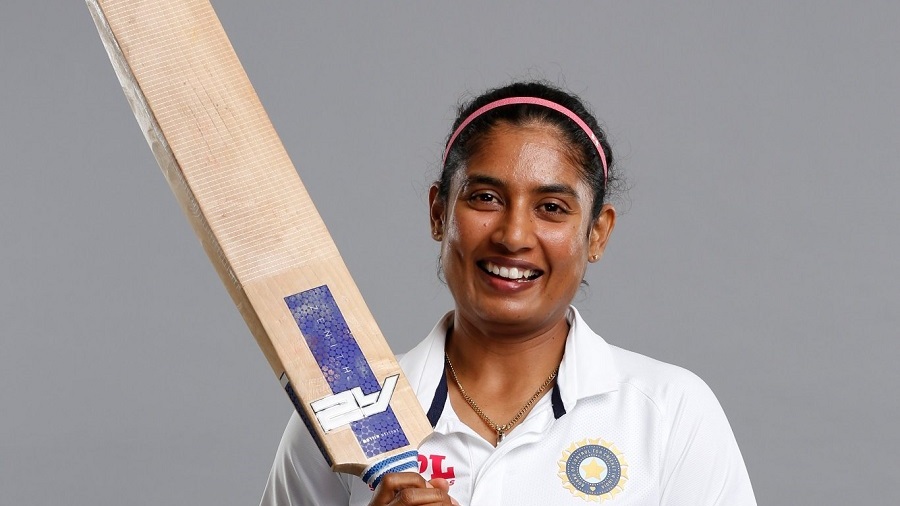 The first woman cricketer to be conferred with the prestigious Major Dhyan Chand Khel Ratna Award, Mithali Raj on Saturday hoped her achievements would inspire the country's young girls to pursue their dreams and be the catalysts for change.

The 38-year-old stalwart of Indian women's cricket was one of the 12 sportspersons to receive the Khel Ratna, the country's highest sporting honour, from President Ram Nath Kovind at the Rashtrapati Bhavan.

"Women in sport are powerful catalysts of change and when they get the appreciation they deserve, it inspires change in several other women wanting to achieve their dreams," Raj said in a statement on her Twitter handle.

"I sincerely hope that my journey inspires young girls all across the country to pursue their dreams and know that only when you dream can you make it happen."

A proud moment for @M_Raj03 as she becomes the first woman cricketer to be conferred with the Major Dhyan Chand Khel Ratna Award by the President of India, Shri Ram Nath Kovind.

She said representing the country was her dream and receiving the award was a validation of the hard work she had put in her over two decade long illustrious career starting from 1999.

"When I was growing up and learning to play this amazing game, representing my country was my dream. I always wanted to wear the blue jersey, which represents the absolute pride we feel for our nation.

"One strives for mastery but there are so many variables and infinite parameters that when success comes by, it often is a result of hours of grind every day," wrote Raj who has played in 12 Tests, 220 ODIs and 89 T20Is.

"This award is a validation of those hours, of all the sacrifices a player makes her entire life. I just wanted to give cricket everything I had and I think I am happy that I've pushed myself harder and harder to get to this momentous day."

The Test captain said that any recognition from the government was special and a reminder that the game was an important constituent of national pride.

"We must continue to give it our best," said Raj.

"Today, I am honoured, proud and fortunate to be a part of Indian cricket. This journey has been arduous but not without the support of my mentors, family, friends and seniors who paved the way for all of us and my teammates," she wrote.

"I owe so much to my country, my institution Indian Railways, administrators, selectors, coaches, trainers, physiotherapists, masseuses, supporters and fans for their patience and encouragement. This accolade is not mine alone but I share it with everyone who has had a part to play in my journey."