All-rounder says he found his rhythm days before the opening T20I in Southampton, when he bowled in an empty net to rediscover his energy and speed 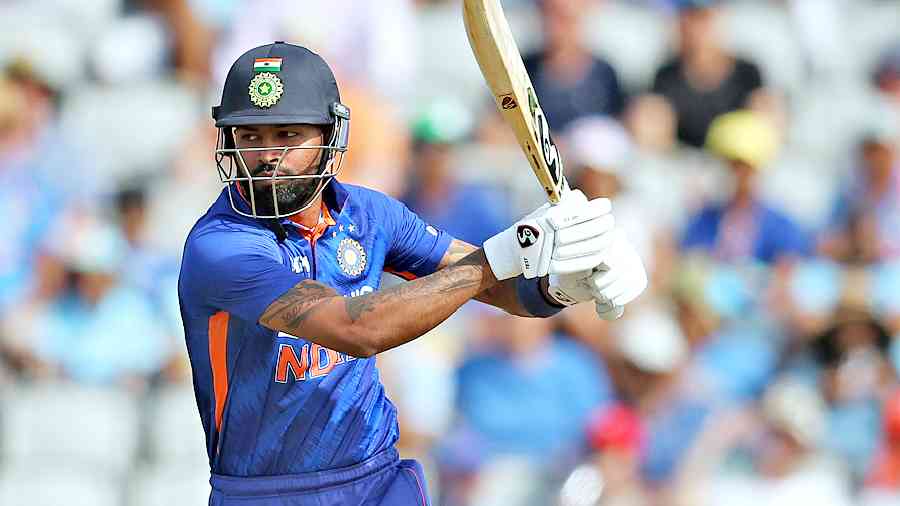 India’s biggest gain from the limited overs series in England could be Hardik Pandya, Rishabh Pant’s heroics notwithstanding. If he can bowl his quota of overs and bat according to the demands of the situation, India’s problems in the middle overs could be resolved to a large extent.

IPL captaincy has helped Hardik view his role differently and think like a leader. It showed during Sunday’s deciding ODI at Old Trafford when he contributed both with the bat and ball to clinch the series for India.

After his 4/24 restricted England to 259, Hardik came out to bat with the team struggling at 72/4. He played with positive intent and stitched together a game-breaking stand of 133 with Pant. His attacking mindset (71 off 55 balls) rubbed off on Pant who sealed the victory with an unbeaten century (125n.o. off 113 balls).

According to Hardik, he found his rhythm days before the opening T20I in Southampton, when he bowled in an empty net to rediscover his energy and speed.  “After the IPL, I came back to play the South Africa series. I bowled one over and I did not bowl in a couple of games... I was not finding the rhythm.

“Even in Ireland, I was not getting the rhythm... I don’t have many skills you know, get the batter out by opening him up and nipping the ball inside and all that, I play with smartness. I try to outsmart the batter,” he said.

“So for me, it’s very important to get my consistency, something which I worked on... so it was just before the first T20 game against England.

I generally don’t practise before the game but I just went in and bowled for a couple of hours with full run-up and full effort. That’s where I got my rhythm and when obviously that four-wicket haul (in Southampton) kind of changed everything and gave me my consistency and my confidence...” he remarked.

Hardik said he bowls full tilt only if the situation demands.

“I bowl smart. I only bend my back or only come out and bowl as quick as possible when required,” he said. “If you see a couple of games back, I was bowling at 130s, 132s (kmph) not because I was not able to do it... it was more about that situation.”

Head coach Rahul Dravid heaped praise on his bowlers. “We were fantastic with the ball,” Dravid told the BCCI website. “It was exceptional the way we bowled. That was a really good wicket, and to be able to restrict a team like England to 259... we did fantastically well. We picked up a few wickets upfront, then they built a partnership, but I thought our strategy was brilliant.” He also lauded the fifth wicket stand. “The way Hardik and Rishabh responded was superb,” Dravid said. “It was really good to see that under pressure with the series on the line.”