could delay the start of their match against Pakistan by 24 hours in Rawalpindi, scheduled from Thursday 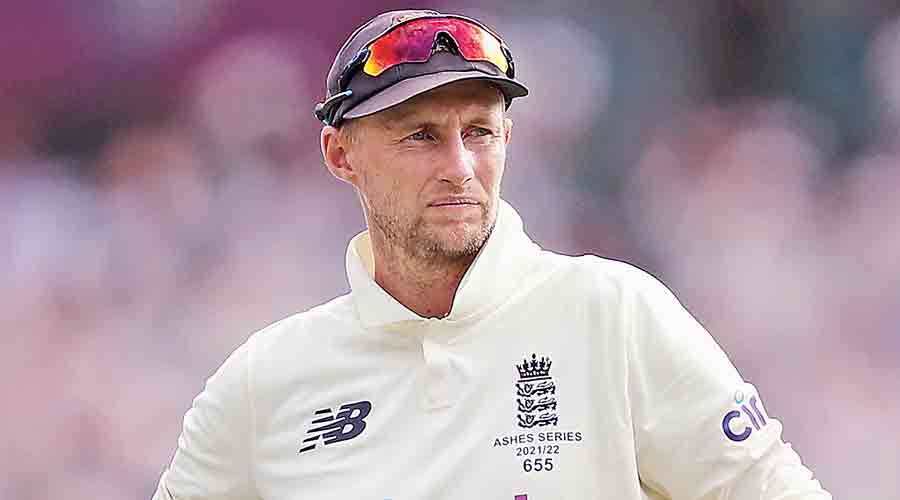 Former captain Joe Root was one of five players who did attend, and he spoke at the prematch news conference
File picture
Our Bureau   |   Rawalpindi   |   Published 01.12.22, 05:47 AM

England’s preparation for the opening Test against Pakistan has been thrown into disarray by a virus sweeping through the camp, which could delay the start of the match by 24 hours in Rawalpindi, scheduled from Thursday.

England and Pakistan officials are in discussions and a decision is expected to rest with the England team doctors, who are due to assess the players by 8am local time, two hours before the scheduled start.

Skipper Ben Stokes is among several England players who skipped Wednesday’s optional training session after being laid low by the bug.

Former captain Joe Root was one of five players who did attend, and he spoke at the prematch news conference.

“As far as I’m aware, a few guys are not feeling 100 per cent,” Root said on Wednesday.

“I didn’t feel great yesterday and I woke up a lot better today. So hopefully it’s a 24- hour virus. Don’t think it’s like food poisoning or Covid or anything like that.

“We are trying to do absolutely everything right to make sure we are prepared for this game.”

“I don’t think so ... Hopefully that’s not even a conversation that we need to entertain,” he said. England will also play Tests in Multan and Karachi. Written with inputs from Our Bureau & Reuters