Dhoni to play IPL next year 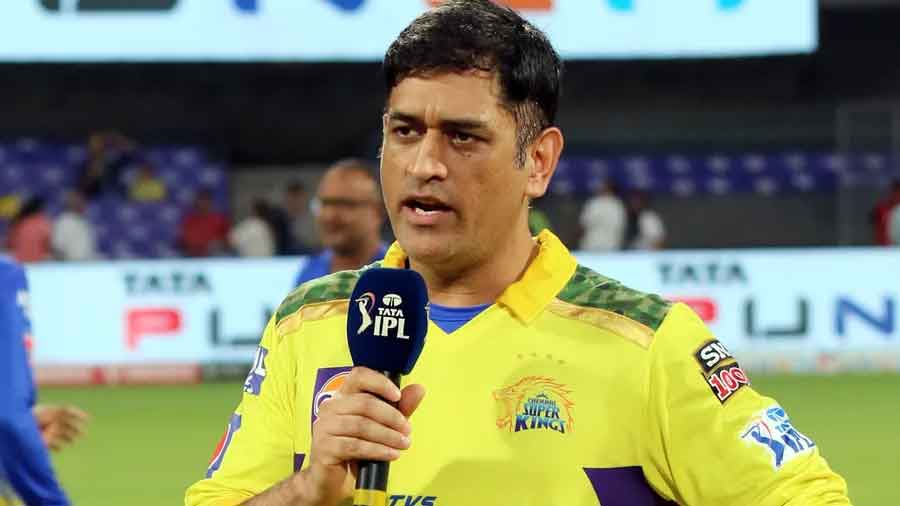 Chennai Super Kings skipper MS Dhoni will be part of the Indian Premier League next year.

Clearing all speculations on his retirement, the former India captain speaking after the toss against Rajasthan Royals, categorically said, he would don the yellow next year as well.

It would be pertinent to mention that Dhoni had decided to hand over the captaincy of Chennai Super Kings to his trusted lieutenant, Ravindra Jadeja before the beginning of this year's IPL.

However, concerned that captaincy was affecting Jadeja’s form and that he had failed to inspire the team, the Chennai Super Kings team management were forced to hand over the leadership mantle to Mahendra Singh Dhoni on Saturday, midway into IPL 2022.

The discussions to hand back the captaincy to Dhoni started after they lost to Punjab Kings by 11 runs. Head coach Stephen Fleming, Dhoni, Jadeja and CEO Kasi Viswanathan were part of the hectic parleys.

It was learnt Jadeja was told that the team management wasn’t happy with his performance as a player and captain and he should step down in the best interests of the franchise. With no choice left, Jadeja agreed.

“It is the team management’s decision and I’m okay with it,” N. Srinivasan, former BCCI president and vice-chairman and managing director of India Cements, the company which owns the franchise, told The Telegraph.

A statement from CSK said Jadeja wanted to step aside to “focus more on his game”.

“Ravindra Jadeja has decided to relinquish captaincy to focus and concentrate more on his game and has requested MS Dhoni to lead CSK. MS Dhoni has accepted to lead CSK in the larger interest and to allow Jadeja to focus on his game,” the statement said.

Dhoni back as CSK skipper