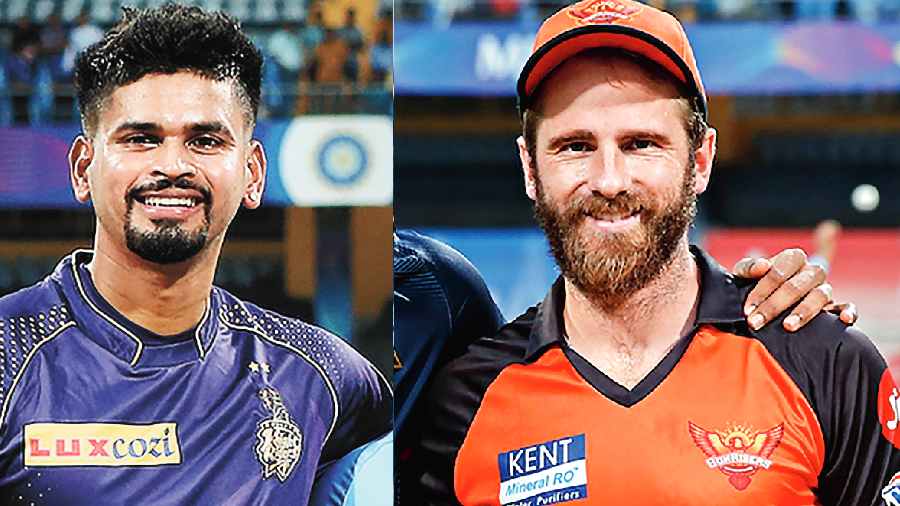 Few things have gone right for the Kolkata Knight Riders this season. Their hopes of qualifying for the playoffs are still hanging by a mathematical thread but that lifeline would be cut if they fail to win against the Sunrisers Hyderabad in Pune on Saturday.

With 10 points, the Knights need to win both their remaining matches to hope against hope. Even that might not be enough for them to progress. The Sunrisers are in a marginally better place having played a match less than the Knights. They too have 10 points and must win their remaining three games.

There should be no dearth of desperation in both camps, but the Knights have been

plagued by too many issues and that might hurt their focus. As if indifferent form of the players and an unsettled playing XI were not enough headaches, now Pat Cummins has flown back home with a minor hip injury and head coach Brendon McCullum has already inked a contract somewhere else.

With their house looking disorganised and messy, at least from the outside, can the Knights bring out their best game in such an atmosphere?

What might help Shreyas Iyer’s team is the fact that the Sunrisers are themselves burdened with a string of losses. It has been a strange journey for Kane Williamson’s team — two losses, five wins, four defeats. Such a win-loss sequence also makes them an unpredictable team.

But they are likely to be bolstered by the return of T. Natarajan and Washington Sundar on Saturday.

The Knights’ batting unit will face a tough test if the Sunrisers can flaunt their full bowling muscle. Tearaway pacer Umran Malik hit a rough patch in the last few games and will be keen to shake that off. Bhuvneshwar Kumar, however, has been impressive with his control.

For the Knights, much will depend on what kind of start their openers provide. Venkatesh Iyer and Ajinkya Rahane did a decent job in the last game. They need to repeat that. There’s simply no alternative.