Having played only two matches before in this IPL, Chetan Sakariya (2/23) was the most impressive among DC’s bowlers 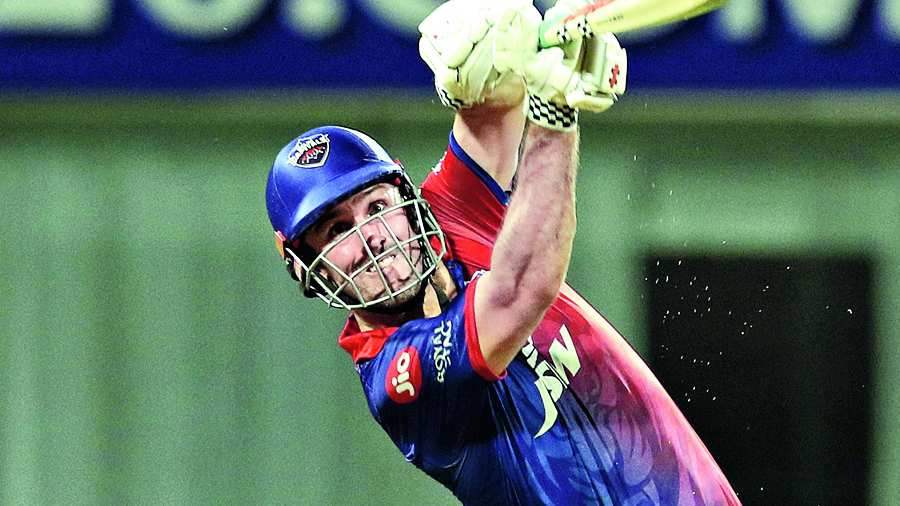 Mitchell Marsh underlined his progress in T20 cricket and also proved why Australia rate him as one of their match-winners in the shortest format on Wednesday.

Delhi Capitals bowlers committed very few errors and were aided by a strange tweak in the Rajasthan Royals batting line-up, which saw Sanju Samson’s team manage just 160 for 6 at the DY Patil Stadium in Navi Mumbai.

Delhi then lost KS Bharat off the second ball of their run chase. But Marsh (89 off 62 balls) played a blinder of a knock that eventually helped Rishabh Pant and Co. coast to an eight-wicket victory with 11 balls to spare.

David Warner (52 not out) gave Marsh excellent support in their match-winning 144-run stand for the second wicket to make the chase look easier on what appeared to be a tad tricky wicket. The crucial win keeps Delhi’s play-off chances alive as they now have 12 points with two more games left.

The start to IPL 2022 wasn’t at all rosy for Marsh as he struggled to get going in the initial games after recovering from an injury as well as Covid-19. However, on Wednesday, the Australian brought out his A game when it really mattered for Delhi.

He does have his problems against spin, but Marsh played well within his limitations and ensured to cash in whenever the ball was in his arc, keeping Yuzvendra Chahal and Ravichandran Ashwin at bay. Against the Royals quicks, he looked largely untroubled.

Warner, though, was mighty lucky. Of the last ball of the ninth over, Warner, going for a heave, missed a delivery from Chahal that spun in. The ball then hit the stumps with the lights too blinking, only for the bails to remain intact.

Earlier in the same over, Warner (then on 19) was dropped near long off by Jos Buttler.

The Royals, put in to bat, had lost Buttler early while finisher Shimron Hetmyer too was unavailable having returned home for the birth of his first child. That meant extra responsibility on captain Sanju Samson’s shoulders.

But Samson arrived at the crease late at No.5 and only in the 15th over of the game. The Royals’ experiment to promote Ashwin (50) at No.3 and sending Devdutt Padikkal (48) ahead of Samson didn’t work as expected.

But in such circumstances, their skipper, who’s also a clean hitter like Buttler and Hetmyer, would have had more time to settle down if he batted up the order.

Having played only two matches before in this IPL, Chetan Sakariya (2/23) was the most impressive among Delhi’s bowlers, making good use of the assistance on offer from the pitch.

Buttler wasn’t finding it easy to get him away, and the 24-year-old left-arm quick eventually had his man when the Englishman perished at mid-on for only seven. Later in his last spell, Sakariya struck again to remove Riyan Parag.