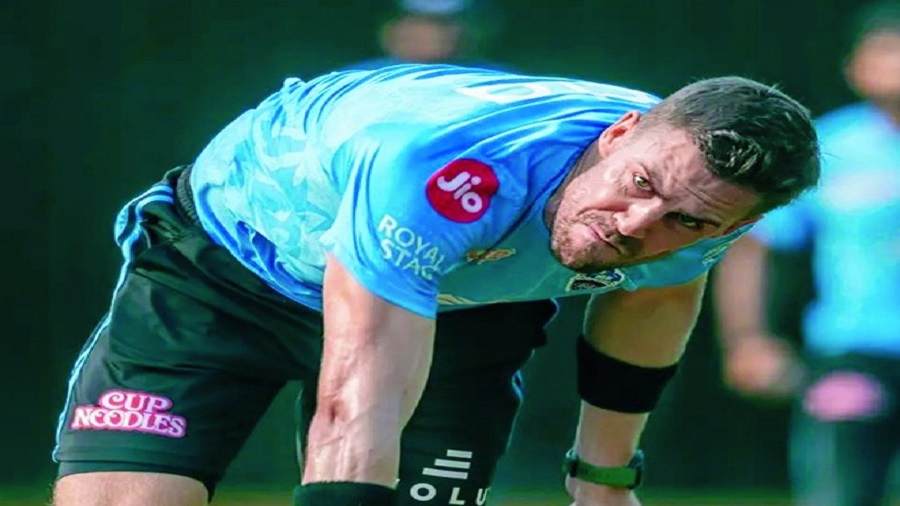 The Capitals, after pulling off a tight game in their opener versus Mumbai Indians, lost the plot against the other new entrants, Gujarat Titans. Now that Warner, who has completed his quarantine, and a fit Nortje are back in their scheme of things, the Capitals are a more rounded outfit both in terms of batting and bowling.

Warner’s return means New Zealand’s Tim Seifert, who opened with Prithvi Shaw in the first two games, will have to sit out. As for pacer Nortje’s inclusion, the Capitals have a couple of options.

In their campaign so far, they have gone in with two and three overseas players in their first and second matches, respectively. So, if the Capitals wish to continue with this strategy, they may bench Bangladesh’s Mustafizur Rahman.

But considering how well Mustafizur bowled (3/23 off his four overs) against the Titans, one wonders if excluding the left-arm quick from the XI would be a wise idea. Instead, the Capitals can keep one of the Indian bowlers out in order to accommodate the South African.

Lucknow, brimming with confidence after having won their last two games, against Chennai Super Kings and Sunrisers Hyderabad, will be able to avail the services of all-rounder Marcus Stoinis.

Fresh off Australia’s ODIs and the one-off T20I on the tour of Pakistan, Stoinis’s presence should bolster Lucknow. Particularly, his abilities as a finisher will be of paramount importance to Lucknow, who also have a calm and mature young middle-order batsman in the form of Ayush Badoni.

Stoinis’s inclusion means pacer all-rounder Andrew Tye could be the one benched.

The Capitals, however, are also wary of the threat the likes of Deepak Hooda and pacer Avesh Khan pose. “The Lucknow Super Giants have got a very strong team. KL Rahul can take the game away from the opposition very quickly, especially if he’s in the mood of taking the game on.

The one-handed shot that Capitals captain and India wicketkeeper-batsman Rishabh Pant executes is something Warner wishes to learn. “I want to learn from Rishabh how to play the one-handed shots.

“He’s learning the ropes of leadership and he has been an integral part of the Indian team. I can’t wait to bat with him in the middle,” the Australia opener, who had an indifferent IPL 2021 with Sunrisers Hyderabad, said.