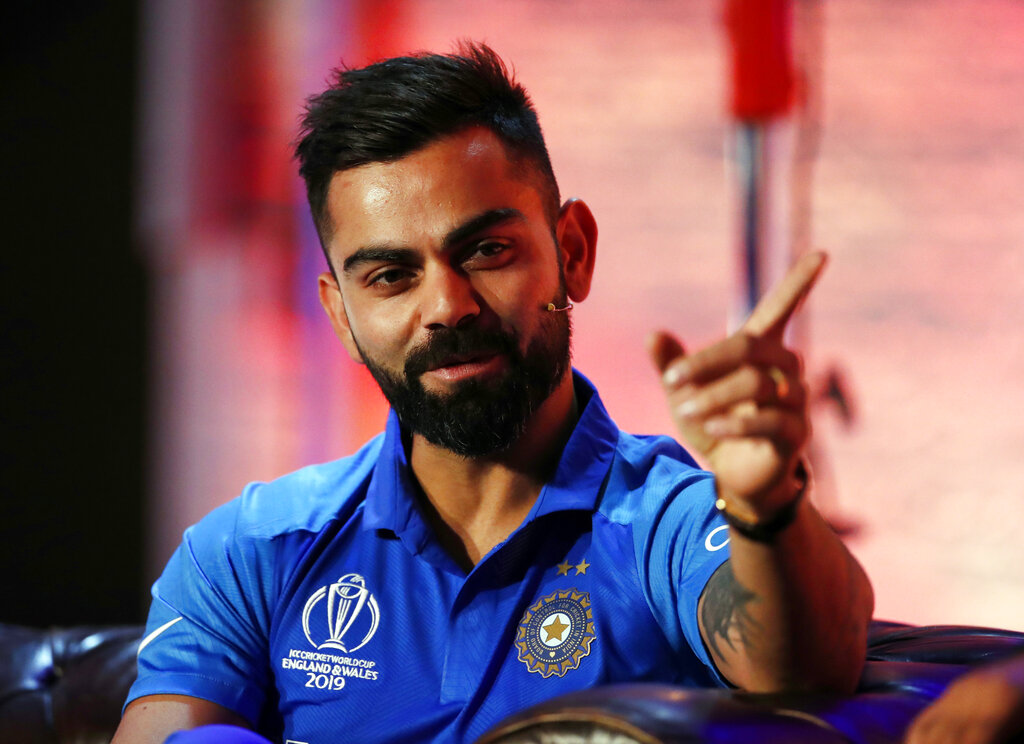 India were dealt a major injury scare before their World Cup opener against South Africa on Wednesday when skipper Virat Kohli hurt his thumb during a training session at the Ageas Bowl here.

Kohli hurt his right thumb during practice on Saturday, prompting physiotherapist Patrick Farhat to attend to the Indian skipper.

Farhat was first seen using magic spray on the injured finger and the applied tap on it.

Later Kohli was seen leaving the field with his thumb dipped in a glass of ice.

The extent of Kohli's injury is still unclear as the Indian team management is yet to come out with an official comment on the matter.

India, one of the favourites for the title, has been hit by injuries in the run up to the World Cup.

While all-rounder Vijay Shankar had to sit out of the warm-up game against New Zealand after hurting his elbow, Kedar Jadhav is still recovering from a shoulder injury he picked up during IPL and missed India's both warm-up games against the Kiwis and Bangladesh.

Virat does not need advice, only best wishes: Kapil Dev