At stumps on Day III, South Africa were decently placed at 101/2, requiring 111 more to seal the series 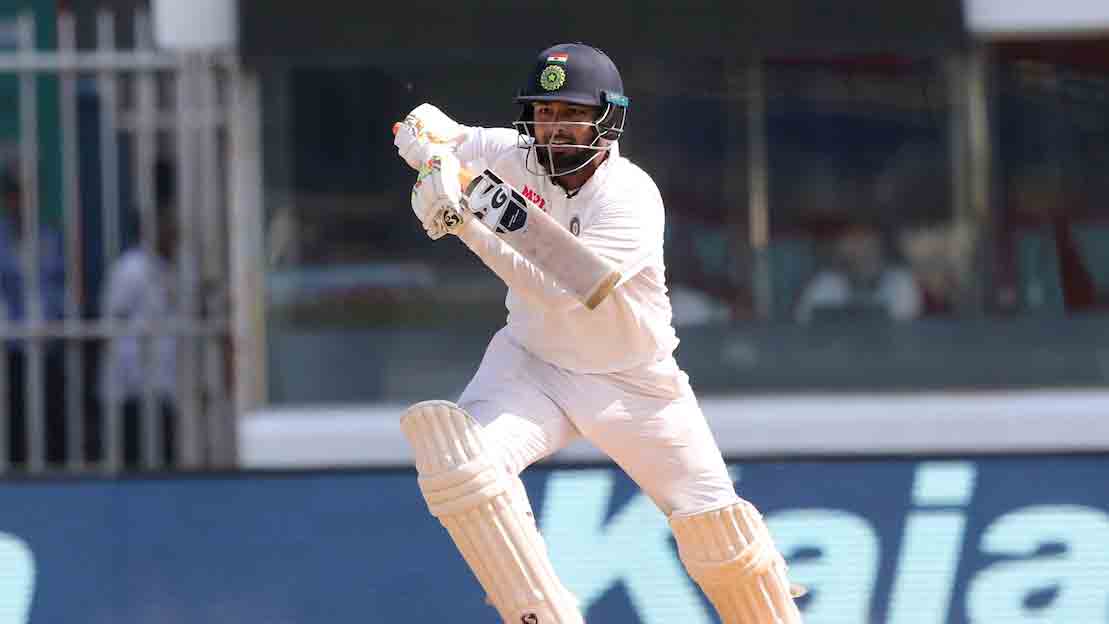 The thin line separating recklessness and bravado tends to fox many. However, it’s a flaw that can be worked upon and corrected.

Rishabh Pant did exactly that at Newlands in Cape Town on Thursday, hitting a very well-compiled 100 not out at a strike rate of 71.94. His innings kept alive India’s prospects in this ongoing third and final Test.

Pant’s unbeaten 139-ball knock accounted for more than 50 per cent of India’s second innings total (198), which only underlines its significance. If not for his innings, which was a good example of calculated aggression, India could well have struggled to set even a 150-run target for South Africa.

At stumps on Day III, the Proteas were decently placed at 101/2, requiring 111 more to seal the series. Skipper Dean Elgar, dismissed again by Jasprit Bumrah in what turned out to be the last ball of the day, and Keegan Petersen (48 batting), who has been South Africa’s find in this series along with left-arm quick Marco Jansen, stitched a valuable 78 for the second wicket.

But had Pant not stood tall amid yet another batting collapse, South Africa would already have had one hand on the Freedom Trophy.

Resuming on 57/2 with an overall lead of 70, India needed overnight batsmen Cheteshwar Pujara and Virat Kohli to further extend their stay in the middle. But in just the second ball of the day, Jansen got one to rise awkwardly at Pujara and he perished at leg slip, with Petersen taking a fine catch diving towards his right. Soon after, Ajinkya Rahane got another ripper from Kagiso Rabada and within five minutes of the start of the morning session, India had slipped to 58/4 with the lead being only 71.

The South African quicks had their tail up as they had a wonderful opportunity to restrict India’s lead to well below 200. Kohli did look solid, being just as disciplined as he was in the first innings. But he couldn’t keep the scoreboard ticking, with Jansen, Rabada and Lungi Ngidi hardly giving him any room or width.

The situation could have turned worse for India, but Pant put his hand up and rose to the occasion. And at the other end, he had the skipper who dropped anchor.

Having drawn flak after a rash shot in the second innings in Johannesburg, Pant ensured he didn’t do anything injudicious. With his focus being on rotating the strike, he unleashed his strokes only when he found the ball to be in his zone.

A little after lunch, Ngidi got Kohli to edge one at the slip cordon, breaking the crucial 94-run fifth-wicket stand. Kohli’s dismissal triggered a collapse as Ngidi, Rabada and Jansen picked up the visitors’ last six wickets for the addition of only 46.

Pant, though, remained undeterred. Yes, he was dropped twice: first, on 88 when Keshav Maharaj dropped him running in from the sweeper position and thereafter, Pant got another life on 94 when the fielder at long-off shelled one and it went for a four.

But barring those two instances, Pant did just what the team required from him, not doing anything silly even when batting with the tailenders. That too, on a wicket not the easiest to bat on.

Skipper Kohli was livid when the DRS overturned the on-field umpire’s lbw decision against Elgar off Ravichandran Ashwin’s bowling. That indeed was a very tight call.

Kohli, who kicked the ground in rage, was seen speaking into the stump microphone, taking a dig at the DRS. Even Ashwin was heard saying some words and another player was caught saying, “whole country playing against eleven”.