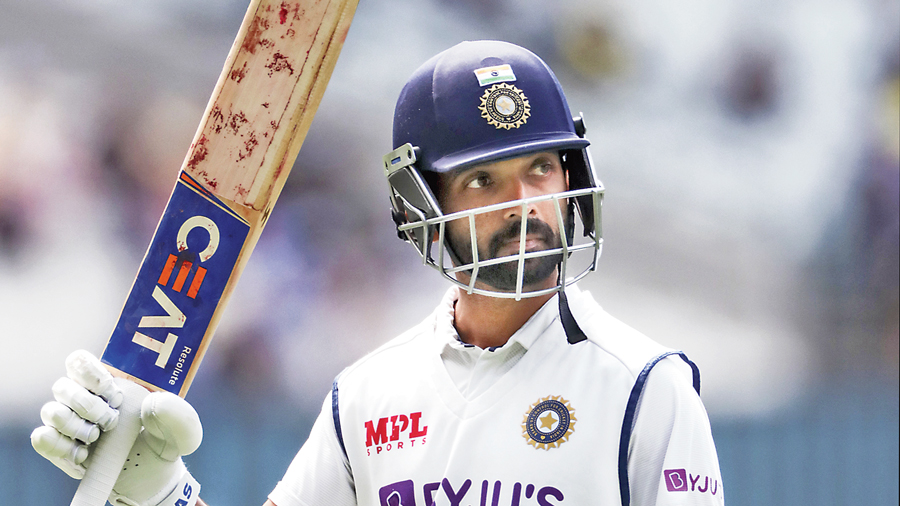 India are unlikely to take any chances and stick to the experienced pairing of Cheteshwar Pujara and Ajinkya Rahane for the Boxing Day Test against South Africa at Centurion.

Unless there’s any injury or illness, indications are that Shreyas Iyer will have to sit out the opening Test. Mayank Agarwal and KL Rahul will open the innings with Pujara, captain Virat Kohli, Rahane and Rishabh Pant making up the rest of the batting order.

Iyer scored a century on debut against New Zealand in Kanpur but sources told The Telegraph that Rahane’s experience of delivering in challenging conditions in Australia and South Africa tilted the scales in his favour.

Rahane’s form this year — he averages 19.57 in 12 Tests — had put his place under a cloud but the batter is set to get another opportunity in Centurion.

That Iyer hasn’t been tested against quality fast-bowling in Test matches yet is also another logic being put forward for not playing him. Hanuma Vihari wasn’t in the reckoning till Friday evening.

As vice-captain Rahul hinted on Friday, they will go in with a five-man attack. Ravichandran Ashwin will thus get a chance to play his first overseas Test since being sidelined for the four Tests in England.

India have played 15 Tests since Boxing Day last year, and all have featured five bowlers. In the absence of all-rounders Ravindra Jadeja or Washington Sundar, Ashwin will provide the resistance in the lower order.

The off-spinner averages 28.08 in 2021, which includes a century against England in Chennai and the match-saving 190-minute innings in Sydney. His 39 not out with a stiff back along with Hanuma Vihari's unbeaten 23 in 237 minutes helped India draw the Sydney Test with the series poised 1-1.

Playing five bowlers helps in managing the workload of the bowlers. It will also facilitate including both Ishant Sharma and Mohammad Siraj with Shardul Thakur being forced to sit out.

Slotting four quicks — Jasprit Bumrah and Mohammed Shami pick themselves — will also help as conditions in Centurion are expected to quicken up as the game progresses.

If head coach Rahul Dravid continues with this strategy for the remaining two Tests, the competition for the fast-bowlers’ slots will intensify. No one can afford a slip-up.  Ishant’s statistics haven’t been encouraging this year — 14 wickets in eight Tests at 32.71. The pacer went wicketless in Kanpur before missing out in Mumbai because of an injury. If he fails to be threatening in the opener, Thakur or Umesh Yadav could get a look-in.

Siraj has emerged as the new first-choice fast-bowler given his ability to extract movement off the deck in any conditions, home or away. It’s not always movement in the air but ability to extract help from the surface that yields results in South Africa.