At stumps on Friday, Abhimanyu Easwaran's side were 96/4 in chase of a 350-run target 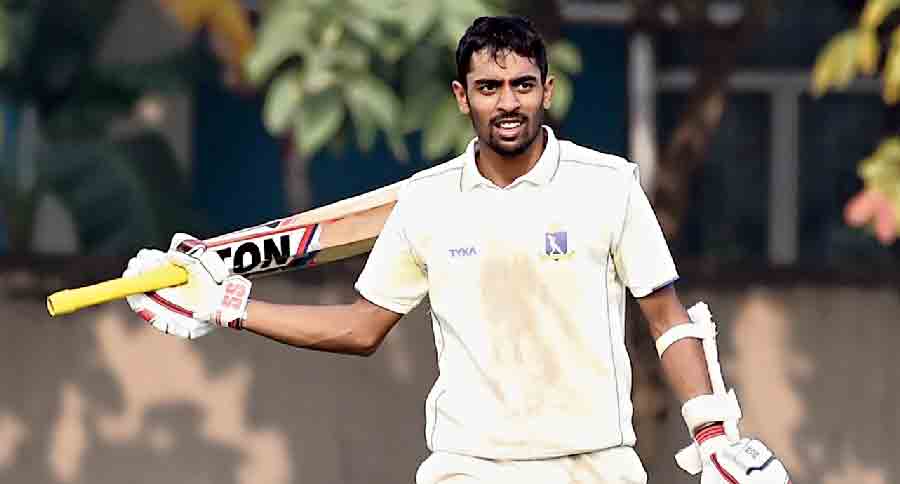 Bengal have a mountain to climb on the final day of their Ranji Trophy semi-final clash against Madhya Pradesh, being played in Alur near Bangalore. On Saturday, the last day of the game, Bengal will need 254 runs to post a win. But the problem is, they are already four wickets down in their second innings.

Captain Abhimanyu Easwaran was at the crease batting on 52, with the much-experienced Anustup Majumdar (8 batting) for company. Beyond this pair, Bengal will have to bank on all-rounders like Shahbaz Ahmed and Sayan Mondal if they are to stage a comeback into the game.

Madhya Pradesh have a definite upper hand. Bengal cannot even play for a draw since in that case Madhya Pradesh will be advancing to the final on the basis of their first innings lead.

On a difficult fourth day track, Easwaran played a fighting knock even as opposition left-arm spinner Kumar Kartikeya picked up three wickets.  Bengal, however, were unfortunate to lose the wicket of an in-form Sudip Gharami (19), who was given out lbw despite the ball, which anyway was out of line, hitting his gloves.

Earlier in the day, Bengal spinners brought a swift end to Madhya Pradesh’s second innings. Shahbaz and Pradipta Pramanik shared nine wickets between them. Bengal skipper Easwaran, however, is optimistic of pulling off a victory.