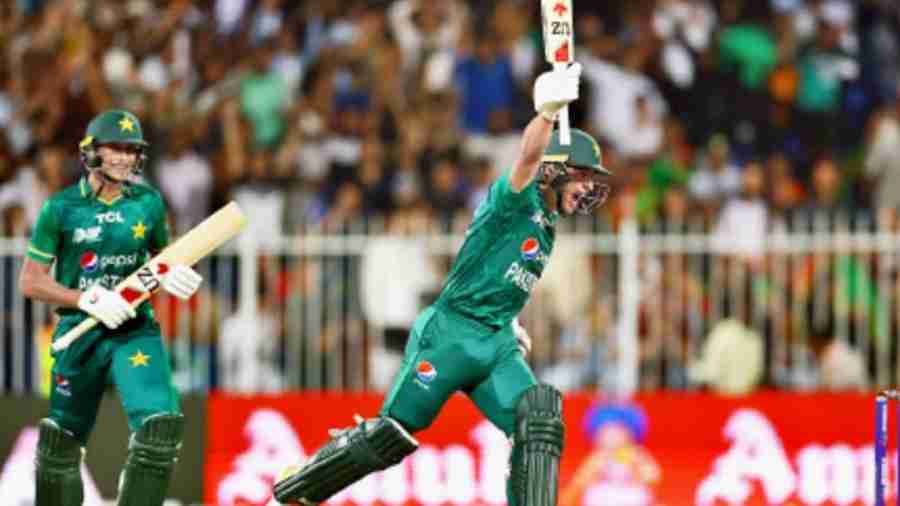 Babar Azam was reminded of the last-ball six Javed Miandad had hit off Chetan Sharma back in April 1986 at the same Sharjah Stadium when Naseem Shah unleashed those monstrous hits on Wednesday.  Miandad’s six, with Pakistan needing four off the final ball to win the Austral-Asia Cup, is indeed one of the defining moments in the history of Pakistan cricket.

One can’t really draw comparisons between that and Naseem’s back-to-back sixes against Afghanistan pacer Fazalhaq Farooqi in the deciding over at Sharjah on Wednesday, which earned Pakistan an unbelievable one-wicket win. But those two sixes from Naseem, the pace spearhead of the current Pakistani bowling attack, are significant in their own right as they gained Pakistan a berth in the final of the Asia Cup.

Nineteen-year-old quick Naseem has certainly performed his primary role so far in this Asia Cup, taking six wickets from four appearances. But his unbeaten 14 off four balls coming out to bat at No.10 also showed that he has the capacity to unleash meaty blows even in the toughest of scenarios.

Pakistan did look down and out in Wednesday’s Super Four clash when they needed 11 off the final over with just one wicket in hand.  It was a test of Naseem’s mental strength as well, as it was only the second time in T20Is when he was out at the crease. But the youngster has been hardened by life experiences and it showed in his resolve on the field.

“The night before he made his Test debut (in Brisbane in November 2019), Naseem had lost his mother. So that’s the biggest example of his mental strength,” Sulaman Qadir, Naseem’s personal coach and also the son of the late Abdul Qadir, told The Telegraph from Lahore on Thursday.

“He has gone through a lot of struggle in his childhood as well. But he made sure the odds could never kill his spirit. Besides, going in as a replacement for a strike bowler like Shaheen Shah Afridi, who takes wickets upfront almost most regularly, wasn’t easy.

But Naseem seems to be maturing fast and it’s this maturity which is helping him shine,” Sulaman said. A timely exchange of bats with fellow-pacer and No.11 Mohammad Hasnain also helped Naseem’s cause on Wednesday.

“Practising those hits in biggish grounds helps, which he does more often. “Naseem also knows that a tailender too should be able to contribute with some runs at least nowadays,” Sulaman emphasised.