Hardik Pandya key in bid for encore vs Pakistan 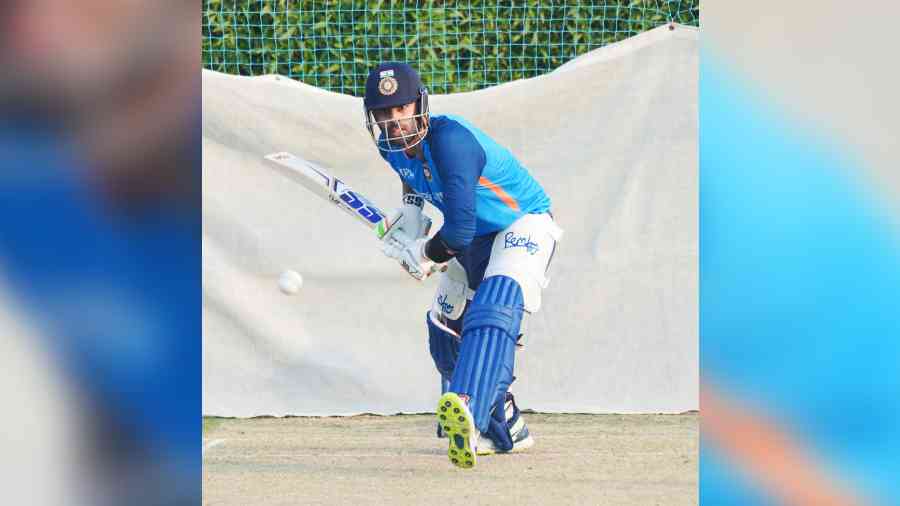 Will it be yet another smiling Sunday for India? Or, will there be a strikeback from Pakistan this time around?

No matter what, this Super Fours clash of the ongoing Asia Cup is certainly shaping up to be another riveting contest.

Performance-wise, India don’t seem to have too many reasons to worry barring one or two areas.

All-rounder Ravindra Jadeja’s exit at a crucial phase owing to his right knee injury could be a concern, though.

Jadeja’s replacement, Axar Patel, has done his best to prove his abilities as an all-rounder in white-ball cricket.

Particularly on the recent tour of the Caribbean, Axar did a commendable job with the bat as well as his left-arm spin.

He may not be a gun fielder like Jadeja, but does put up a decent effort on that front as well. But this is a pressure game, and Pakistan are no West Indies or Zimbabwe. So for Axar, it will be a stern test if he does make the XI on Sunday.

India, however, also have the option of going in with senior off-spinner Ravichandran Ashwin, who’s capable of contributing with the bat too.

Captain Rohit Sharma, his opening partner KL Rahul and Virat Kohli, in spite of his unbeaten 59 against Hong Kong the other evening, haven’t really been able to operate smoothly.

That’s something Naseem Shah in particular will again look to exploit after his probing length and movement had troubled both Rohit and Kohli last Sunday alongside cleaning up Rahul.

Obviously, the rhythm Suryakumar Yadav is in at present bodes well for India. The unbeaten 26-ball 68 in the previous game versus Hong Kong could just be the kind of warm-up Suryakumar needed in order to do something significant against Pakistan and in other difficult battles.

For sure SKY will be trusting his game and instincts, but will he be able to maintain the tempo all along against the Pakistani bowling attack?

The scenario, however, doesn’t appear to be too rosy for the Pakistan attack as well. Pacer Shahnawaz Dahani, impressive in the previous meeting between the two sides, is ruled out with a suspected side strain. Mohammad Hasnain may replace him.

All-rounder Pandya looks set for a return to India’s XI and how he fares will again be a huge factor in the game.

The advantage could all be India’s if Pandya delivers with both bat and ball, just as he had done on August 28.

With Avesh Khan unwell and doubtful, Pandya may have a big role to play as the third seamer. With the bat too, a big responsibility lies ahead of him, especially as Jadeja’s unavailable.

But then, who makes way for Pandya?

If Avesh’s condition doesn’t improve, Pandya would be a straightforward replacement. But if Avesh is fit to play, will there again be a toss-up between Dinesh Karthik and Rishabh Pant? Or, is there a surprise in store?

India, though, don’t wish to experiment much leading up to the T20 World Cup.

Pandya up to fifth spot