For both Sri Lanka and Pakistan, winning the trophy would be a big boost ahead of the T20 World Cup next month 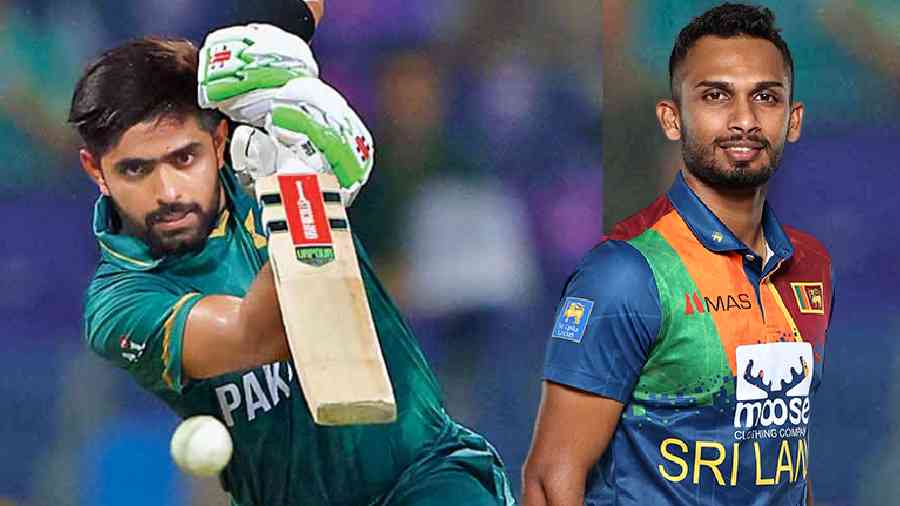 India’s dominance in cricket on all counts has overshadowed Sunday’s Asia Cup finalists, especially over the last decade or so.

Sri Lanka did emerge T20 World Cup champions in 2014 while Pakistan won the Champions Trophy three years later, with India being the runners-up on both occasions.

But those were more like two rare instances as India were quick to re-assert themselves as a far more dominant force in the continent.

This time around, having qualified for the Asia Cup decider, Sri Lanka and Pakistan, to an extent, have certainly been able to break India’s onfield hegemony at least.

For Sri Lanka, making the final of this Asia Cup does matter a lot, particularly after what the country has gone through over the last couple of months.

If Dasun Shanaka and his teammates win Sunday’s final at the Dubai International Stadium, it could well be of some boost to their countrymen who have been grappling with the effects of the worst-ever economic crisis hitting the nation.

With the T20 World Cup in Australia approaching fast, Sri Lanka have already proved in this Asia Cup that they are no pushovers.

Pakistan’s time out in international cricket, though, hasn’t been so dismal as that of Sri Lanka before this Asia Cup. But barring making the semi-finals of last year’s T20 World Cup, they don’t have too many reasons to cheer about.

With international cricket gradually returning to Pakistan, winning this Asia Cup would also mean a lot to them.

Current form How wicketkeeper-batsman Mohammad Rizwan fares at the top of the order, how pace spearhead Naseem Shah and spinners Mohammad Nawaz and Shadab Khan perform will be crucial for Pakistan.

Skipper Babar Azam has had a forgettable tournament so far. But if he can get his A-game back in the match that counts, Pakistan certainly won’t be asking for more.

Sri Lanka, on the other hand, have banked on collective effort, which has been the key in their road to the final.

In terms of their bowling, young left-arm quick Dilshan Madushanka and spinners Maheesh Theekshana and Wanindu Hasaranga have all had their share of contributions.  Batting-wise, openers Pathum Nissanka and the experienced Kusal Mendis’ brisk starts have been critical, especially in the Super Four clash against India.

Importantly, Bhanuka Rajapaksa and skipper Shanaka have done a commendable job so far in the slog overs.

However, what gives Sri Lanka a bit of edge going into the final is the conviction with which they won their last three games versus Afghanistan, India and Pakistan following a lucky win over Bangladesh in the group stage.

The same cannot be said about Pakistan though as they had almost messed up the game against Afghanistan in spite of chasing a modest 130.

Nonetheless, they are expected to be at full strength on Sunday evening in Dubai.

Sri Lanka may have to make a call on whether they should bring pacer Asitha Fernando back in their XI.