Aiming to be consistent in the Super Four stage

India came into the Asia Cup as the favourites, but their performance in the first two matches have evoked mixed feelings among the followers of the game. 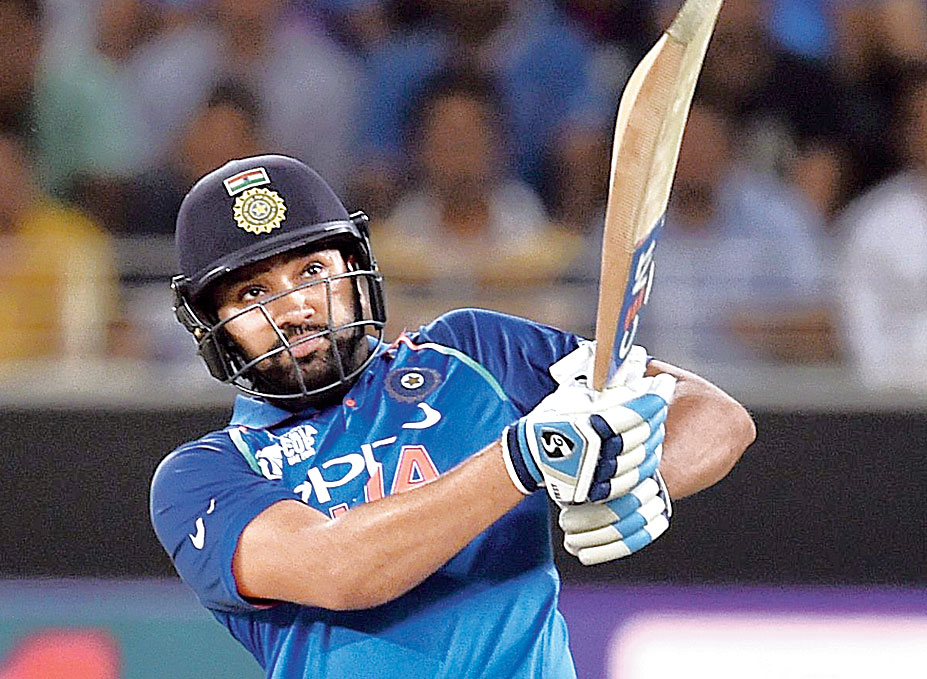 India came into the Asia Cup as the favourites, but their performance in the first two matches have evoked mixed feelings among the followers of the game.

While they somehow crawled to victory against minnows Hong Kong in the first match, India roared back to dominance the very next day, blowing away Pakistan. What next?

The group league is over and the Super Four stage begins on Friday, with India taking on Bangladesh in their first match, in Dubai. But one isn’t sure which India would surface against the Bangladeshis, who are no pushovers.

One explanation for India’s below-average outing against Hong Kong could be that the hot and humid conditions in the UAE perhaps made them a bit uneasy and that probably reflected on their on-field performance. If that is the case, then one can expect India to be as dominating against Bangladesh as they were against Pakistan, since they must have got more accustomed to the heat by now.

They surely have the ammunition to pick up their third victory on the trot, but injuries to Hardik Pandya, Akshar Patel and Shardul Thakur would make stand-in captain Rohit Sharma think harder about team combination.

India will have to play three matches in the Super Four stage and that is quite a task in the prevailing conditions in the Emirate city. Rohit will surely have to rotate his key players if has to keep them fresh. And there in comes the issue of team combination and the problem that multiple injuries create.

The replacement for the injured three are Deepak Chahar, Ravindra Jadeja and Siddharth Kaul. So if Rohit has to rest strike bowler Bhuvneshwar Kumar on Friday, he will have to choose between left-arm pacer Khaleel Ahmed and Kaul.

It will be interesting to see who will come in for Pandya. If the team management thinks of bolstering the batting unit, Manish Pandey can get a look-in. If an all-rounder is preferred, the experienced Jadeja may find a place in the XI.

The way Kedar Jadhav contributed with his part-time spin against Pakistan, picking up three wickets, Rohit may go for an extra batsmen and not really a bowling all-rounder. But nothing can be ruled out.

In the batting department, openers Rohit and Shikhar Dhawan look to be in good touch. Ambati Rayudu and Dinesh Karthik too looked solid against Pakistan.

If Mahendra Singh Dhoni and Keadr get some runs down the order, India will be in a really good space, both in the match and in terms of gathering confidence as a unit on the road to next year’s World Cup in England.

Bangladesh have their own strengths and weaknesses to deal with. They have of course improved in leaps and bounds in the recent years, especially in the limited-overs format. The finalists of the 2012 Asia Cup have time and again put up inspirational performances under captain Mashrafe Mortaza. Experienced players like Mushfiqur Rahim, Shakib-al Hasan and Mahmudullah play a key role. On slow pitches, to which the Bangladesh bowlers are no strangers, they can really test the Indian batsmen.

An important factor in the current edition of the tournament has been its scheduling, with the teams often playing back-to-back matches with absolutely no rest. Bangladesh, who played Afghanistan on Thursday, will be the sufferers as within 24 hours, they will face a sterner test.

There is a second match too on Friday — between Pakistan and Afghanistan in Abu Dhabi. Speaking at a media conference on the eve of the match, Pakistan batsman Shan Masood said that they would try to play differently in the Super Four stage matches. “The preparation will remain the same… What is going to be different is the way we play the other games, starting with Afghanistan.”

Both matches from 5pm