At stumps on Day IV, Pakistan were 222 for 3, needing 120 more to grab the lead in the two-Test series 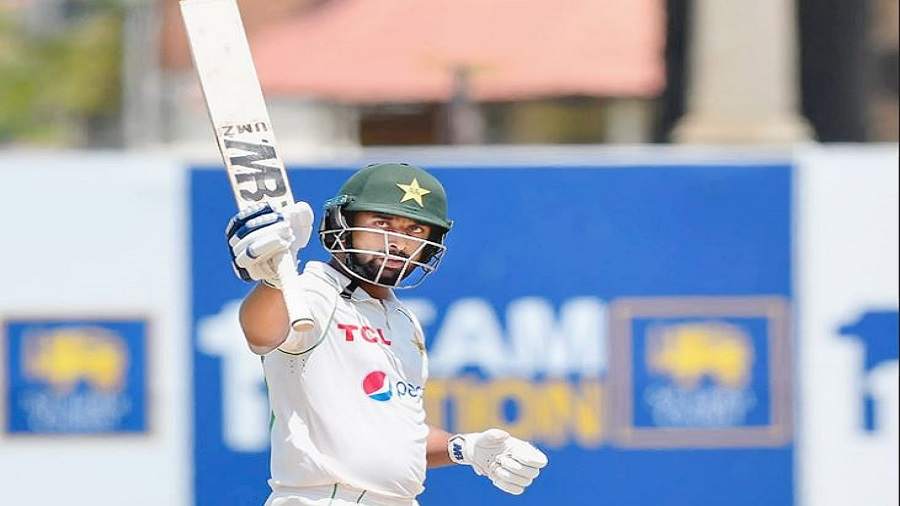 Opener Abdullah Shafique (112 batting) smashed his second century to put Pakistan on course to accomplish a difficult chase in the opening Test versus Sri Lanka at the Galle International Stadium. At stumps on Day IV, Pakistan were 222 for 3, needing 120 more to grab the lead in the two-Test series. Sri Lanka had appeared to have the upper hand in the contest after they posted 337 in their second innings, setting Pakistan a daunting target of 342. Thereafter, Shafique combined with Imam-ul Haq (35) in an opening stand of 87 and later raised 101 with skipper Babar Azam (55) in a vastly improved batting display by the visitors, who were skittled out for 218 in the first innings. Shafique’s so far unbeaten knock comprised five fours and a six.

With him at the other end is Mohammad Rizwan, who’s batting on seven.  Shafique and Imam, though, did not look very convincing when Pakistan began their chase. Imam was dropped at cover and had an lbw decision going in his favour, while Shafique too had survived a strong leg-before appeal. Imam’s innings ended in a bizarre manner when he let go of a ball from spinner Ramesh Mendis but marginally lifted his back foot. In the process, he allowed Niroshan Dickwella to effect a lightning-fast stumping. Sri Lanka seemed back in charge when Jayasuriya had Azhar Ali caught at slip for six. Babar, who smashed a century in the first essay, opened his account with a flicked boundary off Jayasuriya and hit the spinner over deep mid-wicket for a six in his next over.

As for Shafique, he took a single off Maheesh Theekshana to bring up the three figures and celebrated the milestone by kissing his helmet and embracing captain Babar. Jayasuriya bowled Babar around his legs in the day’s final session, though Pakistan seem to be having their nose ahead in the contest.  Shafique, however, remains confident of Pakistan knocking off the remaining runs on the final day. “We are in a pretty good situation at present. So when we resume (on Wednesday), we will do our best to get the remainder of the runs and ensure a successful run chase,” he said after the proceedings on the penultimate day of the Test match.” “We began well in our second innings and our captain also batted well. So we  decided to go for the chase.”