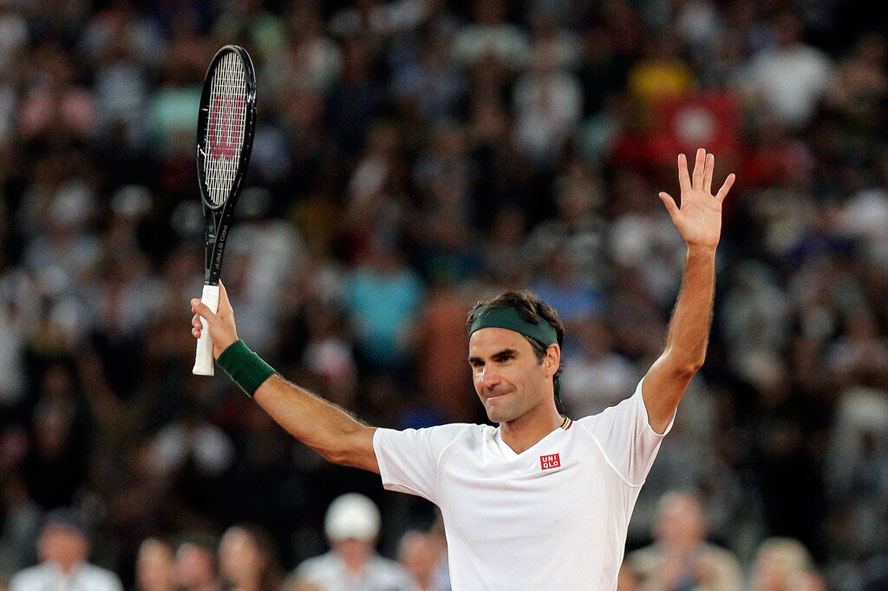 Roger Federer called on Wednesday for a merger between the men’s ATP Tour and the WTA, which runs the women’s circuit, as tennis wades through a lengthy coronavirus shutdown with lower-level professionals in deep financial crisis.

The tennis season was suspended in March due to the pandemic and the hiatus will continue at least until mid-July, depriving lower-level players, who depend solely on tournament winnings, of the chance to earn a living.

“Just wondering ... am I the only one thinking that now is the time for men’s and women’s tennis to be united and come together as one?” the winner of 20 Grand Slam singles titles said on Twitter.

“I am picturing a merger between the WTA and ATP. I am not talking about merging competition on the court, but merging the two governing bodies (ATP and WTA) that oversee the men’s and women’s professional tours ...”

Tennis enjoys a massive worldwide following but its governance remains fractious with as many as seven associations running different parts the game.

“It’s too confusing for the fans when there are different ranking systems, different logos, different websites, different tournament categories,” the 38-year-old Swiss continued. “It probably should have happened a long time ago, but maybe now is really the time.

“These are tough times in every sport and we can come out of this with 2 weakened bodies or 1 stronger body.”

Federer’s comments on the social media were ‘liked’ by both men and women players within minutes.

Rafael Nadal tweeted: “I completely agree that it would be great to get out of this world crisis with the union of men’s and women’s tennis in one only organisation.”

American great Billie Jean King, who created the WTA in 1973, said: “I agree, and have been saying so since the early 1970s. One voice, women and men together, has long been my vision for tennis.”