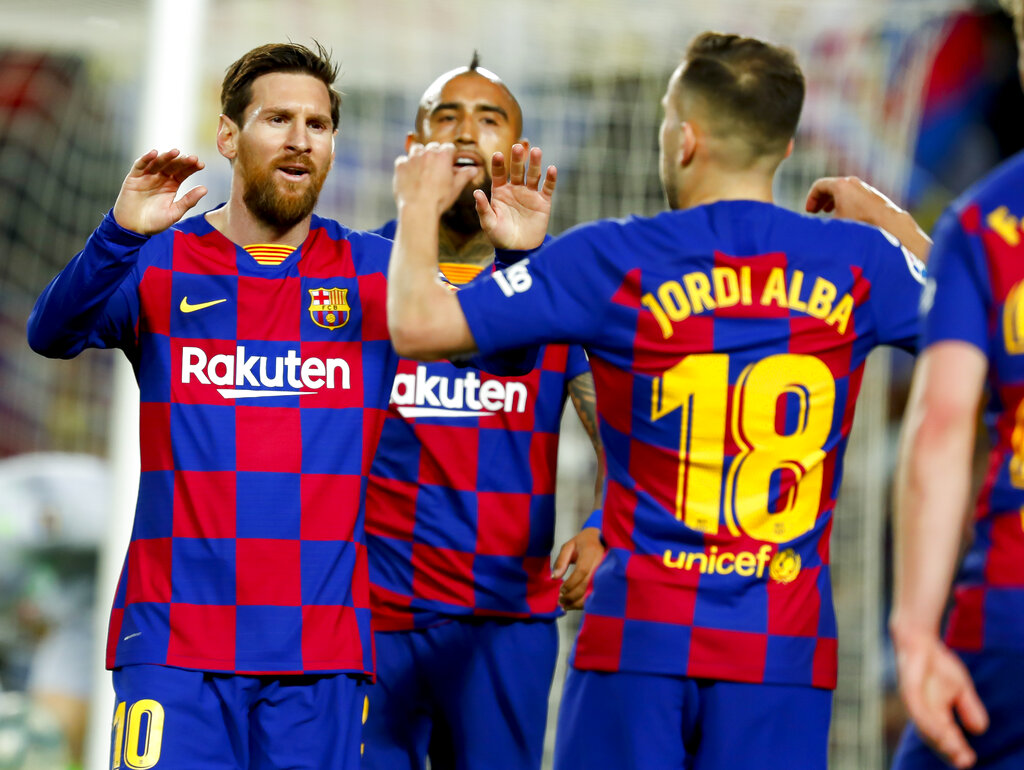 Lionel Messi and his counterparts may soon return to training if the protocols of the Spanish government are properly followed
(AP)
Agencies   |   Madrid   |   Published 20.04.20, 10:47 PM

La Liga teams have been told they will be able to return to training provided they comply with protocols laid out by the Spanish government, the Madrid-based sports daily AS reported on Monday.

The decision was made following a meeting on Sunday between Spain’s National Sports Council (CSD), the Royal Spanish Football Federation (RFEF) and La Liga.

The intention is to permit players to resume training, subject to the progress of the coronavirus pandemic “and the decisions adopted by the ministry of health”, the CSD said. Training sessions will be held under strict protocols.

It has been suggested that the 2019-20 season is on track to restart in June, although the CSD did not confirm any specifics on a return date for either training sessions or matches.

In addition, the RFEF and La Liga have agreed to set aside income from TV rights to create a rescue fund for federal, Olympic and Paralympic sports whose income has been severely hit by the shutdown.

Luis Rubiales and Javier Tebas, presidents of the RFEF and La Liga, also signed a commitment to create a contingency fund of 10 million euros to help vulnerable athletes.